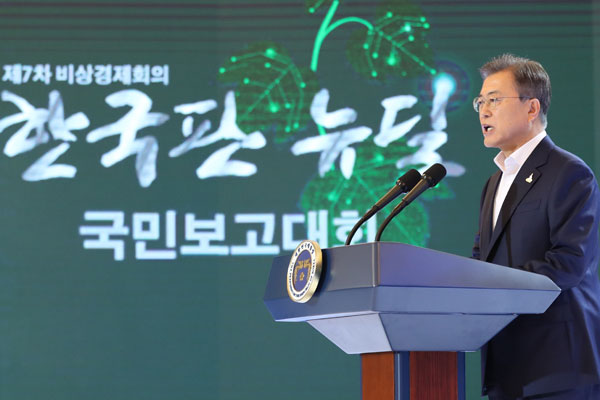 President Moon Jae-in on Tuesday disclosed details of the Korean New Deal, which he described as a declaration to transition into a world-leading nation in the post-coronavirus era.

Saying the deal reflects the government’s strong determination to fundamentally change the nation, Moon noted that the initiative seeks to transform South Korea from a fast follower into a first mover.

The latest scheme is largely based on two initiatives: The Digital New Deal and The Green New Deal.

The latest scheme includes plans on digitalizing the nation’s social infrastructure and related management systems and fostering contactless industries. It also aims to supply some one million electric cars and 200-thousand hydrogen cars as part of efforts to move towards a low-carbon economy.