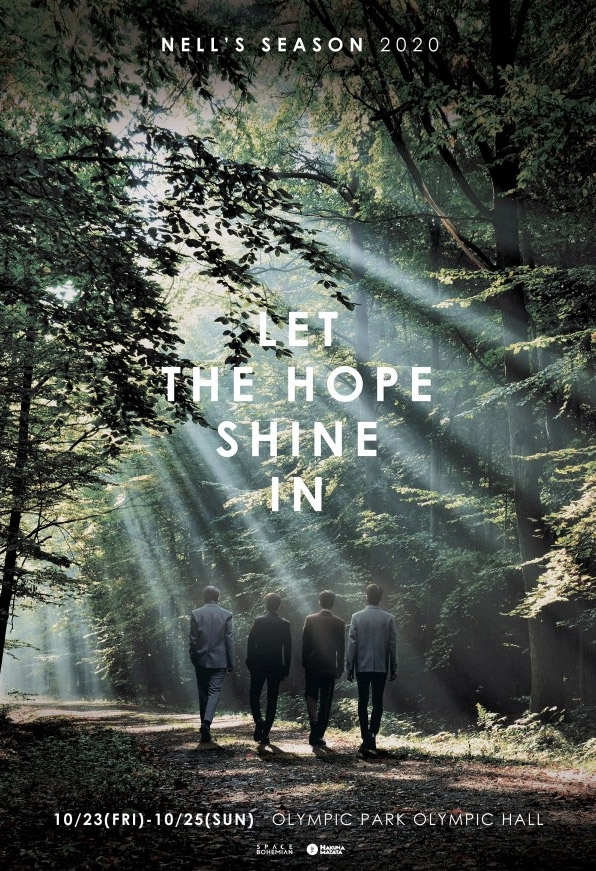 The "NELL'S SEASON 2020 LET THE HOPE SHINE IN" concerts will be held offline from Oct. 23-25, at Olympic Hall, Olympic Park in Seoul. The concerts will be the group’s first since “Nell’s Room” in December of last year. The four-piece band debuted with its 2001 album "Reflection of" and its most recent single “Crash” was released in July, 2020.