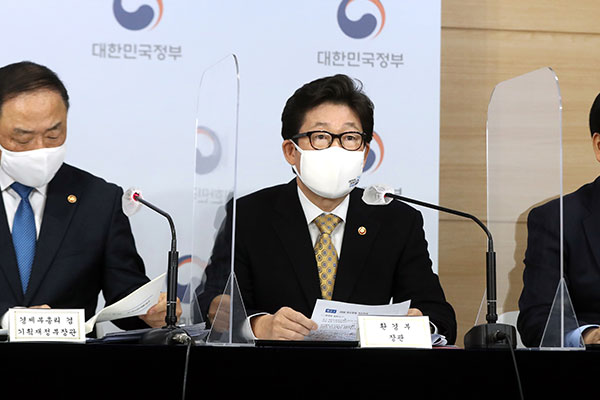 The South Korean government has put forward a blueprint for its initiative to phase out the country's reliance on fossil fuels and become carbon neutral by 2050. The government will compel high-carbon emitting industries to significantly cut their emissions, replace fossil fuels with renewable energy sources, and expand access to eco-friendly vehicles.

One of the key policy directives in the government's 2050 carbon neutrality strategy announced on Monday is transforming the country's high-carbon emitting industries - steel, cement, petrochemical and oil refineries - into those that are low in emissions.

Power-generating facilities in the country, 40 percent of which rely on coal, will be replaced by ones run by renewable sources, such as solar and wind energies.

Production of hydrogen-powered and electric vehicles will be accelerated, while new mobility services, such as autonomous shuttle buses, will be expanded to reduce the need for privately owned cars.

The government will also foster secondary battery and bio industries to establish a low-carbon industrial ecosystem.

In the process of going carbon neutral, the government will ensure no industry or group is overlooked by offering carbon-emitting industries research and development as well as M&A support. Jobs are to be maintained by retraining the workforce.

State budget and tax benefits related to carbon neutrality will be expanded next year to offer incentives to businesses that contribute to meeting carbon-reduction goals.

The government plans to submit its low-carbon strategies to the United Nations within this year and finalize its related policy strategies by next year.

Moon declared his vision for the country’s 2050 carbon neutrality initiative in a televised speech Thursday evening.

Since first announcing his administration's carbon-reduction plan in his budget speech at the National Assembly in October, Moon has reiterated his resolve to meet the target in 30 years' time.

In the television speech, broadcast live on KBS 1TV and KBS WORLD TV, Moon sought public understanding and support in pursuing the ambitious initiative by acknowledging its potential challenges given the nation’s heavy reliance on high energy-consuming industries such as steel and petrochemicals.

However, the president noted the urgency of the project, addressing the increasingly materialized effects of climate change across the world including the Korean Peninsula, such as the prevalence of “record-breaking extreme weather events.”