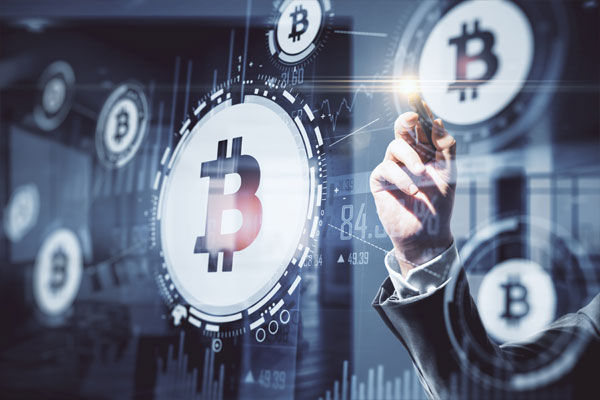 The cryptocurrency boom is sweeping South Korea. A number of people claim to have earned significant profits from their cryptocurrency investment. Their success stories are prompting young people in their 20s and 30s, housewives and middle-aged people to turn to virtual assets, with the local crypto market showing signs of overheating. Prices of cryptocurrencies are up to 20 percent more expensive in Korea than in other countries—a phenomenon commonly referred to as the kimchi premium.

But cryptocurrency prices tend to fluctuate wildly and cryptocurrency exchanges are open 24 hours. Some investors complain that cryptocurrency investment is disrupting their lives. Concerns are growing that the irrational market frenzy may result in a serious social problem.

At a restaurant where I just had lunch, and at another eatery where I had supper last evening, I heard people at the next tables talking about virtual currencies.

Korea is not the only country that has caught the cryptocurrency fever. According to British cryptocurrency market data provider CryptoCompare, the trading volume by global crypto exchanges worldwide came to 2.99 trillion US dollars in March. That represents a six-fold increase from the 500 billion dollars posted in October last year.  Analysts say the cryptocurrency fad is attributed to ample market liquidity and some psychological factors.

Liquidity in the market has become abundant, as governments in many countries released money in the market in the wake of the COVID-19 pandemic. Part of the money has flowed into the real estate and stock markets. There is still plentiful liquidity out there, with an increasing number of individuals flocking to the digital coin market.

In Korea, housing prices have gone up too high, while it takes time to accumulate wealth from stock investment. So, people in their 20s and 30s are looking for quick profits from crypto coins.

Not only individuals, but global investment banks as well as institutional investors, now show interest in cryptocurrencies. Amid mounting controversy over whether virtual currencies can perform the role of money, PayPal, a U.S.-based online payment service provider, says that it will enable its customers to trade cryptocurrencies directly from their own PayPal accounts.

Tesla CEO Elon Musk says that customers can now buy Tesla vehicles with Bitcoin. Against the backdrop, more and more investors are turning their sights to virtual currencies.

If the fourth industrial revolution accelerates the process of digitalizing all transactions and promoting the use of blockchain technology, cryptocurrencies could serve as a means of transaction. For now, people don’t really focus on the traditional functions of money when investing in cryptocurrencies, but regard them as an investment or a store of value.

Cryptocurrency values increased sharply in recent months. The price per Bitcoin was 12.52 million won in Korea on October 1 last year, but it reached over 80 million won in the middle of this month. Prices of Dogecoin, which was invented by software engineers in the U.S., skyrocketed more than 4,000 percent this year. A new coin that was listed on a Seoul-based exchange saw its value soar more than 1,000 times, only 30 minutes after trading started.

More people are taking out loans to make cryptocurrency investment, dreaming of turning their lives around. But not all people see their investment pay off. Some of those who have jumped on the get-rich-quick cryptocurrency boom may end up losing all their money suddenly. Prices of cryptocurrencies have actually been on the decline lately, after surging for some time.

In fact, it is very difficult to set appropriate prices on crypto coins. They are hardly used as a payment medium because their prices are highly volatile. Many point out that they are not a stable store of value, either.

The lack of proper regulations concerning cryptocurrency transactions raises concerns about illegal financial practices like money laundering. That’s why governments around the world have begun to discuss ways to supervise virtual asset transactions.

The Korean government will clamp down on illegal activities involving cryptocurrencies, such as false advertising and fraud, until June. The special crackdown focuses particularly on illegal transfers of virtual assets abroad. For example, investors in Korea send money to China to buy Bitcoin at exchanges there. Korean investors sell it on local exchanges, where the prices are higher, to profit off the kimchi premium. Such arbitrage trading is subject to crackdowns.

Whether or not cryptocurrencies are “real” currencies has been a topic of heated debate around the world. The market recognizes their potential as “currency.” But U.S. Treasury Secretary Janet Yellen, Federal Reserve Chairman Jerome Powell and mainstream economists do not acknowledge crypto coins as “currencies,” with the exception of the central bank digital currency or CBDC. Financial Services Commission Chairman Eun Sung-soo has also said that virtual currencies cannot be recognized as an investment alternative. With plenty of investors scrambling for cryptocurrencies, however, calls are growing for the government to come up with measures to oversee relevant transactions and protect investors.

The authorities just cannot turn a blind eye to the rapidly growing crypto market, where millions of investors have already entered. But the government’s intervention in the market means that it acknowledges cryptocurrencies. That’s why it has remained rather ambiguous about the market, only seeking to crack down on some irregularities.

Personally, I think it’s necessary to enact relevant legislation to some extent, for instance, to examine whether the crypto exchange system is safe, whether the exchanges are vulnerable to hacking or whether they operate the “cold wallet” system. Cryptocurrencies will fulfill the role of currency in the future. Therefore, I think the National Assembly should prepare for that. Lawmakers need to form a study group and consider creating laws concerning cryptocurrencies.

Legal systems in Korea are often unable to catch up with the rapidly changing economic and social situations inside and outside the country. The government and financial authorities need to establish an institutional framework so that sound investment, not risky speculation, can take root in the cryptocurrency market.