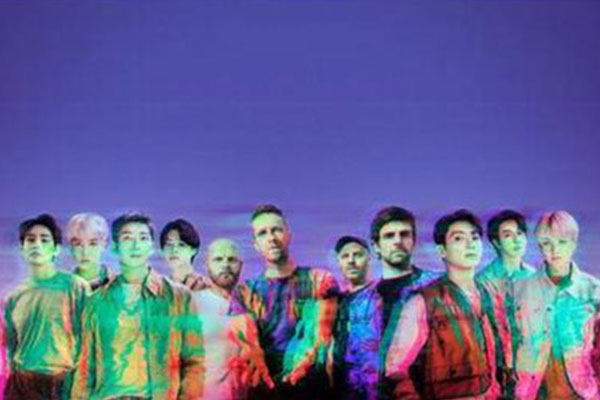 Billboard announced on Monday that the two rocketed onto its Hot 100 songs chart at No. 1 with the single "My Universe."

It is Coldplay's second time to top the Hot 100 chart, with its first being 2008's "Viva La Vida." It is BTS' sixth in the past 13 months, the second shortest period to top the chart six times following The Beatles' one year and two weeks in the mid-60s.

"My Universe" is also the first Hot 100 No. 1 track by two co-billed lead groups.

The song will be included on Coldplay's ninth album, "Music of the Spheres," to be released on October 15.