KDCA Chief: ‘With COVID-19’ System Could Begin in 2nd Week of Nov. 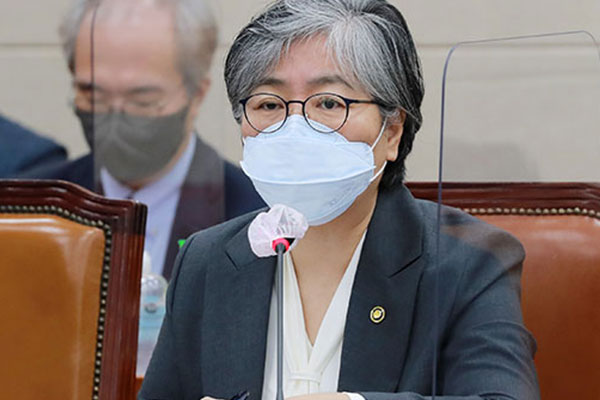 Korea Disease Control and Prevention Agency(KDCA) Commissioner Jeong Eun-kyeong said the nation could begin transitioning into the “With COVID-19” system in phases from the second week of November.

Jeong made the remark on Thursday during the Health and Welfare Committee’s inspection of the KDCA when main opposition People Power Party lawmaker Kang Gi-yun asked about the timing of the system.

Jeong estimated that by the last week of this month, 70 percent of the population will be fully vaccinated, adding that when considering it takes two weeks for antibodies to develop, the “With COVID-19” system could begin from the second week of November.

The government is also likely to speed up follow-up measures in that week, including introducing a COVID-19 vaccine pass and purchasing oral COVID-19 antiviral medication.

"With COVID-19" refers to a system in which the management focus is less on the suppression of new COVID-19 cases and more on preventing severe cases and deaths.

As of Friday, more than 30 million people had been fully inoculated with the COVID-19 vaccine in South Korea since the country's vaccination program began on February 26.

Over 39 million people, or 77-point-seven percent of the entire population, have received at least their first shot.