Shim Yong, a patron of artists 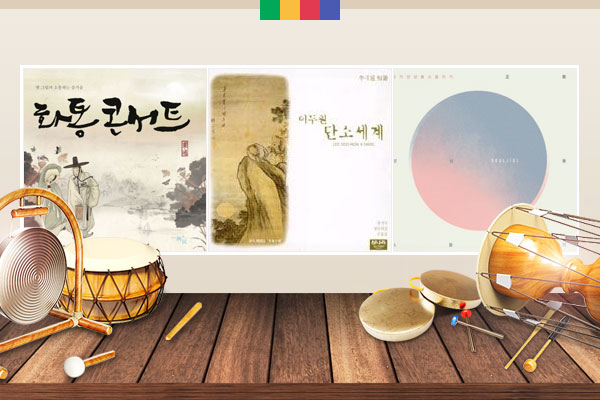 Patrons, or sponsors of artists, were the driving force behind the growth of art in Renaissance Europe. There would not have been great artists like Michelangelo or Leonardo da Vinci without the support of the Medici family. There were such benefactors in Korea as well. In the late Joseon period, most painters or musicians were from the middle or lower social classes. They either worked for public institutions at pitiful wages or traveled all over the country to sell their artistic talents. If they were lucky enough to meet patrons who recognized their values, they would have ample means to live comfortably and pursue their artistic endeavors. One of the well-known benefactors was Shim Yong(심용). Once the governor of Hapcheon(합천), Shim Yong(심용) was wealthy and had an affinity for good fun. He was also an accomplished musician himself with several interesting anecdotes credited to his name. But first, let’s listen to a traditional chamber music piece titled “Poeuipungryu” (포의풍류) played by the traditional ensemble Yeomin(여민).

You just listened to “Poeuipungryu”(포의풍류) inspired by Kim Hong-do’s(김홍도) painting of himself playing a string instrument called the bipa(비파). Shim Yong(심용) was good friends with artists, including singers and female entertainers or gisaeng(기생), so people had to contact him if they wanted to hire musicians for their parties. But one day a friend of his held a party at Apgujeong(압구정) Pavilion without consulting him first. It was a beautiful autumn night, with the silvery moon reflecting on the Hanggang(한강) River.

But suddenly, partygoers heard music coming from the river. Amazingly, they saw a big boat coming down the river, carrying a silver-haired man with a white feathered fan and musicians playing flutes made of jade and a crane dancing to the music. It was a wondrous sight that stole the attention of the partygoers at Apgujeong(압구정). That silver-haired man was none other than Shim Yong(심용), but he wasn’t there to spoil the party, he was there to liven it up even more. The musicians on the boat joined others at the pavilion to have a great time. Even though he was not invited, Shim Yong(심용) knew how to be the life of a party. Here is a saenghwang(생황) and danso(단소) performance titled “Suryongeum” (수룡음).

That was “Suryongeum(수룡음)” with Sohn Beom-ju(손범주) on the saenghwang(생황) and Lee Doo-won(이두원) playing the danso(단소). It appears that Shim Yong(심용) was especially close to singers such as Lee Se-chun(이세춘) and Gyeseom(계섬). Lee supposedly sang for the first time the songs that are now known as “sijo”(시조) and Gyeoseom(계섬) was a renowned vocalist who was invited to sing at King Jeongjo’s(정조) mother’s birthday party at Hwaseong(화성) Fortress, despite his old age. One day, Shim Yong(심용) took all of his singer friends to Pyongyang(평양) to crash the mayor’s birthday party which was held on a big boat at the Daedonggang(대동강) River. Shim brought his smaller boat right next to the mayor’s boat and matched the entertainment provided on the bigger vessel. For instance, if singers sang on the big boat, the others on the small boat would sing as well. It was like a battle of entertainment. Even if Pyongyang(평양) was known as the city of culture, it would have been hard to measure up to the distinguished musicians from the capital. When the miffed mayor sent for the musicians on the smaller boat, he found out that the company included his good friend Shim Yong(심용) and his artists. So instead of being punished for crashing the party, Shim and his friends were allowed to perform in Pyongyang(평양) for a few more days and left the city with a generous reward for their musical contributions. Shim Yong(심용) not only knew how to have fun, but also how to create opportunities for his musician friends. We’re going to wrap up this week’s Sounds of Korea episode with “Before This Night Is Over” sung by the jeongga(정가) ensemble Soul Jiggy.

Music 3: Before This Night Is Over/ Sung by jeongga ensemble Soul Jiggy