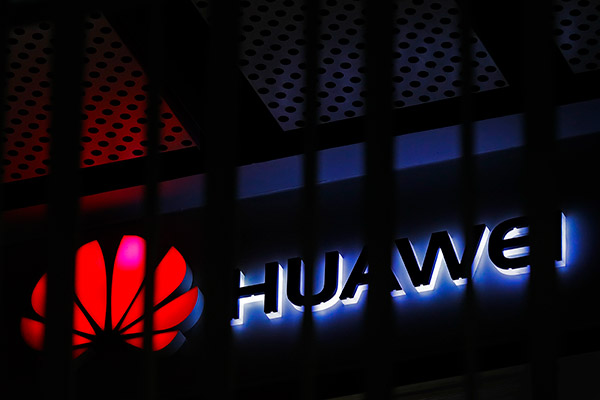 On May 15, the U.S. Department of Commerce announced that foreign chip manufacturers using American equipment and software cannot supply products to Huawei without U.S. government authorization. The move is expected to deal a severe blow to the Chinese tech firm, as most semiconductor makers around the world use U.S. technology. Among semiconductors, memory chips can still be shipped to Huawei. But the new restriction mainly targets system semiconductors based on contract manufacturing.

Huawei has developed microprocessors on its own, but they have been produced by Taiwan Semiconductor Manufacturing Company or TSMC, which is the world’s largest chip foundry. TSMC has reportedly said it will stop taking new chip orders from Huawei. The move to cut Huawei from TSMC will make it difficult for China to achieve its ambitious goal of becoming a semiconductor powerhouse.

The U.S. has so far banned the exports of semiconductors built in the U.S. to the Chinese company. Now, even chipmakers outside the U.S. will be subject to the restriction. The stiff sanction is designed to prevent Huawei from securing non-memory chips used for manufacturing communications equipment. Mr. Cho tells us more about Huawei, which has emerged as the center of the trade conflict between the U.S. and China.

For China, Huawei represents its future and its ambition to wield greater influence on the global economy. The fifth-generation or 5G network is touted as next-generation mobile communications infrastructure capable of dealing with an overwhelming amount of data quickly. The next-generation communications network is essential to activate future growth engines such as smart factories, self-driving vehicles and virtual reality content smoothly. Huawei is the leader in global 5G standards and also in the 5G network equipment sector. On the back of Huawei’s equipment, China hopes to dominate the global tech ecosystem in the 21st century. The U.S. tries hard to keep the Chinese tech company in check because of the competition for international 5G standards and also for the dominance of global digital infrastructure.

Huawei has built over 1,500 communications networks in more than 170 countries and regions over the last 30 years to provide communications equipment and services to some three billion people around the world.

As a leader in 5G technology, it has established a major presence in the global 5G market. For the U.S., Huawei is a major issue to deal with in a fight over technology hegemony.

Washington’s move to take aim directly at Huawei is rattling the international semiconductor market. The latest round of U.S. sanctions will inevitably take a toll on Taiwanese foundry leader TSMC, which is also a major producer of chips for Huawei. The restrictions will also affect American firms such as Intel and Qualcomm, which have produced chips outside the U.S. and supplied them to Huawei. How will this measure influence the Korean semiconductor industry?

The recent U.S. restrictions are mainly aimed at system semiconductors, so they are unlikely to threaten Korean producers of memory semiconductors like Samsung Electronics and SK Hynix. But it is bad news for Samsung Electronics, which has set a goal of becoming the world’s No.1 system-on-chip business by the year 2030 through massive investment. The U.S. may ask Samsung to expand its factories in the U.S. and join its sanctions on Huawei.

Meanwhile, Korean manufacturers of memory chips and smartphone parts are on the alert because they will face difficulties in taking orders from Huawei if the Chinese firm cuts production. They may also see a drop in orders from Apple if Chinese people boycott Apple.

Huawei is a rival of Korean chipmakers and smartphone manufacturers. But Huawei is also a large importer of Korean products as it purchases more than 8 billion US dollars worth of Korean chips annually. In the already difficult situation in the wake of the COVID-19 outbreak, Korean vendors will inevitably see their sales decline if their exports to Huawei suffer a setback. Over the long term, however, Korean companies could increase their share in the market led by Huawei.

The suspension of transactions between Huawei and TSMC could provide Samsung Electronics, the world’s second-largest foundry company, with an opportunity to raise its market share. After the U.S. announcement of sanctions against Huawei, China has set up a national fund of 2.7 billion US dollars to support local chip producers. Some analysts say that a Chinese foundry company called SMIC might be an alternative. But its process technology remains at the 14 nanometer-scale, lagging far behind Samsung’s 5-nanometer technology. 14 nanometer chips with high power consumption will lower the performance of Huawei products, which will be weeded out of the market. So, in the midst of a fight between the U.S. and China, Samsung Electronics might grab an opportunity of eating into Huawei’s market share, like fishing in troubled waters.

According to market research firm IHS Markit, Huawei ranked first in the global 5G communications equipment market last year. Ericsson of Sweden took second place and Samsung Electronics came in third. If the No.1 firm, Huawei, tumbles as a result of the U.S. sanctions, Samsung could expand its presence further in the market. Huawei is the world’s second-largest smartphone maker, after Samsung Electronics. Huawei’s difficulty may also prompt Samsung to strengthen its market dominance.

Of course, China is preparing for countermeasures. In fact, Washington’s repeated sanctions are motivating China to nurture its semiconductor industry. And as China is bracing for a drawn-out tech war with the U.S., Korea also needs to prepare for the future.

South Korea should use the conflict between the U.S. and China over semiconductors as an opportunity and reduce uncertainties through thorough preparations.

In the post-COVID-19 era, the digital industry, non-face-to-face businesses, the smart economy and cloud-based VR content will quickly expand. Telework, online shopping, remote education and telemedicine will draw attention. Also, the mobility industry will be futuristic and home appliances featuring multiple functions will be released in large quantities. Many products related to the Fourth Industrial Revolution will need high-capacity dynamic random-access memory or DRAM chips. It could be a great opportunity for South Korean chipmakers.

Samsung Electronics has recently announced its plan to build a cutting-edge foundry manufacturing line based on the extreme ultraviolet lithography technology at its chip plant in Pyeongtaek.

Amidst conflict between the U.S. and China, Korea has decided to go ahead with its aggressive investment. The two superpowers’ battle for hegemony is becoming both a crisis and an opportunity for Korea.