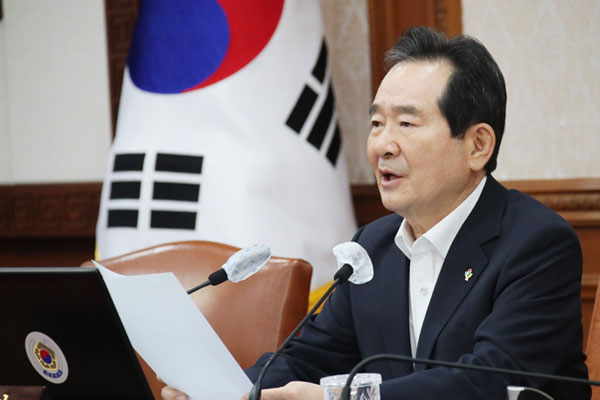 At a Cabinet meeting on Wednesday, the government approved its third extra budget plan worth a record-high 35-point-three trillion won, to help the nation cope with the fallout from the novel coronavirus pandemic.

It is the first time since 1972 that the government has drawn up three supplementary budgets in one year.

Over five trillion won has been earmarked for "Korean New Deal" initiatives involving digitalization and green growth to lay the stepping stones for growth in the post-coronavirus era.

The government will spend three-point-seven trillion won on revitalizing domestic demand and exports, and another two-point-five trillion won on enhancing the nation's quarantine system and accelerating COVID-19 treatment and vaccine development.

A record level of eleven-point-four trillion won, or more than 30 percent of the total budget, is expected to come from increased tax revenue.

Twenty-three-point-eight-trillion-won worth of deficit-covering bonds issued for the budget are expected to raise the gross domestic product(GDP)-to-debt ratio to an all-time high of 43-point-five percent this year.

Stressing that the government can't afford to neglect its duties under such an emergency situation, Finance Minister Hong Nam-ki vowed to take steps to ensure the country's fiscal soundness remains solid.