Weakening Won against the Dollar 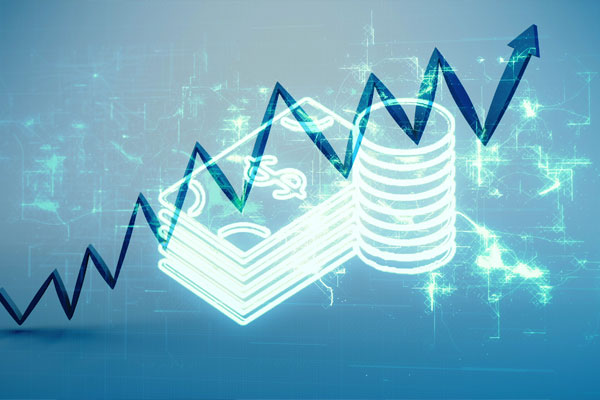 An exchange rate indicates how much it costs to exchange one currency for another. Speaking of the Korean won and the U.S. dollar, when the won-dollar exchange rate falls, more dollars can be exchanged for the won. When the rate rises, in contrast, more won are needed to buy the dollar.

If the past is any guide, the Korean economy faced a crisis when the Korean currency reached 1,200 won per dollar. The won-dollar rate surpassed 1,200 won during the times of the global financial crisis and the debt crisis in the euro zone. The rate of over 1,200 won per dollar was also witnessed when the trade dispute between the U.S. and China coincided with Japan’s export restrictions against South Korea. The dollar rose to 1,200 won in February last year during the early outbreak of COVID-19 and stayed in that level until the end of July in the year. And the rate has again hit the psychologically important mark of 1,200 won per dollar recently.

Here is Cho Yong-chan, director of the America China Economic Research Institute, to examine the latest won-dollar rate trend and its potential repercussions.

The won-dollar exchange rate is hovering between 1,180 and 1,190 won per dollar. There are clear signs of a weakening Korean won, as the won traded at over 1,200 per dollar during the trading session on October 12. What’s worrisome is the steep rise in the exchange rate, with soaring prices of energy, food and raw materials triggering inflationary pressure as well.

Analysts say that there are three factors behind the significant rise in the won-dollar rate. First, the U.S. Federal Reserve is expected to start tapering its bond-buying program soon. If the U.S. adopts a tighter monetary policy, there will be fewer dollars in circulation and the dollar will gain value.

Another factor is the projected decline in China’s economic growth this year, due to the growing default risk of Chinese real estate developer Evergrande and the worst electricity shortage ever in the country. China is South Korea’s top export market, and the Korean won tends to move in tandem with the Chinese yuan. The third factor is a spike in global oil prices.

International crude oil prices are going through the roof. Prices of West Texas Intermediate crude, Brent crude and Dubai crude, which makes up the largest portion of Korea’s oil imports, have all exceeded 80 US dollars per barrel. From the beginning of the year, oil prices have jumped over 60 percent. The problem is that the trend will likely continue. At present, daily oil production is 2 million barrels less than the pre-pandemic level. If the coming winter is colder than in previous years, the world may experience an even severer oil supply crunch. According to Bank of America, oil prices might rise to 100 dollars per barrel early next year. J.P. Morgan predicts that oil prices may hit as high as 190 dollars per barrel in 2025.

Skyrocketing prices of natural gas, coal and oil have prompted investors to turn their eyes to safer assets, making the value of the dollar soar.

As the won-dollar exchange rate is experiencing volatility, the Bank of Korea has mentioned the need to take steps to stabilize the market, hinting at the possibility of foreign exchange market intervention. The government and financial authorities pay so much attention to the currency issue because the surging won-dollar rate will add to the inflationary pressure.

A rising won-dollar rate will have a direct impact on import prices and producer prices. Price hikes of raw materials and commodities have raised prices of food items people enjoy, including hamburgers, kimbap, pork belly, eggs, fruit, dairy products and bread. The consumer prices rose 2.5 percent in September, breaking the government’s inflation target of 2 percent for six months in a row. While the government’s price stabilization measures have failed to produce the intended effect, production, consumption and investment all decreased in August. There are concerns that the Korean economy may fall into stagflation, characterized by stagnant growth and high inflation, temporarily next year.

The Korean government has so far believed that the domestic economy is on a recovery path on the back of strong exports. The International Monetary Fund and the Organization for Economic Cooperation and Development have also made a similar estimation, revising up their 2021 growth forecasts for Korea.

But the recent atmosphere is not very good. The pandemic is showing no signs of abating worldwide, and the continued disruption of global supply chains is affecting Korea’s exports. Korea’s outbound shipments in September reached an all-time high, up 16.7 percent from a year earlier. But the percentage is less than half of 34.8 percent recorded in the previous month, raising concerns that export growth has begun to slow.

Also, Korea has reported four-digit new COVID-19 infection cases for more than 100 days, making it hard for domestic demand to pick up. The prospects for the won-dollar exchange rate are not very bright, either.

In the South Korean economy, exports are the only indicator that remains positive for now. But it is uncertain how long Korea will maintain its strong export momentum, as the energy crisis in China and India is leading to a bottleneck in global supply chains. On another negative note, logistics disruption is found around the world.

Due to rising prices of raw materials, Korea’s current account surplus has narrowed for three consecutive months, pressuring the Korean won to lose its value. For the stable management of the foreign exchange market and prices, the central bank in Korea will have to raise the interest rate within the year. The country’s household debt has hit 1.8 quadrillion won, which is about 1.5 trillion dollars. In this situation, the economy might be trapped in a vicious circle, in which a rate hike increases the burden on indebted companies, self-employed businesses and individuals, and discourages consumption of households.

In a monthly report on economic trends announced on October 7, the Korea Development Institute said that downside risks are running high in the Korean economy.

Some say that those concerns are rather exaggerated, noting that Korea’s economic fundamentals have become stronger than before. They point out that Korea’s foreign exchange reserve hit a record high of 463.97 billion dollars as of the end of September. Dollar saving of local companies in August amounted to 63.1 billion dollars, up nearly 1 billion dollars from the previous month. Still, the importance of preparing for diverse external factors cannot be stressed enough.

Next year, the Korean economy is expected to face many difficulties triggered by the debt crisis involving China’s Evergrande Group, sluggish exports, financial troubles of self-employed businesses as a result of interest rate hikes and inflation. It’s absolutely necessary to prepare for a perfect storm, where multiple unfavorable factors come together. The Korean economy is in the process of shifting to a new, post-pandemic industrial structure. The imbalance between supply and demand is seen in various sectors. But I think Korea will be able to develop new industries and create jobs quickly, as it did in the past, if the country makes thorough preparations.

Alarm bells are ringing over the potential impact of negative global factors on the Korean economy. For Korea, it is urgent to strengthen its economic fundamentals further to minimize the shock from multiple external factors.