“A Calf” by Hwang Sun-won 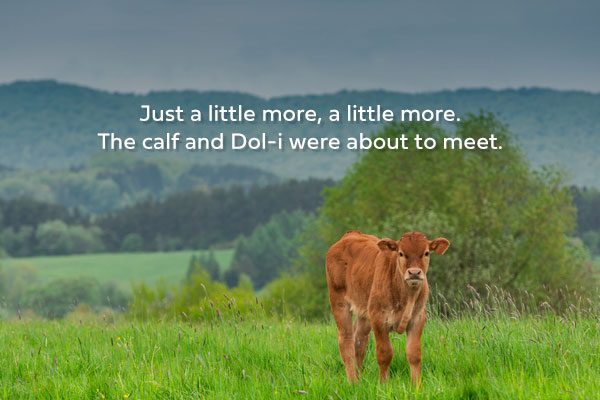 It was a sorry-looking calf. Its big round eyes were rheumy, and its bony rumps were covered with dried bits of dung.

“What a pathetic calf.”

Dol-i was disappointed and annoyed that the calf his father bought with the money he had saved over the years was so pitiful.

But it did begin to take the shape of a decent calf after they fed it bean hulls and fodder made with chopped grass and peas.

The enemy troops came down in a wave and then retreated. In that time, a house in the village was air bombed, killing the entire family, and one villager became lame after being struck with a shrapnel.

And the soldiers took all the grains, chickens, dogs and pigs, and even the cows, whenever they stopped by the village.

They came to Dol-i’s house to take away the calf. Dol-i held onto the calf’s neck and didn’t let go. He was dragged along with the calf for some distance. A soldier held a rifle up to the boy, but he still held on fast to the calf’s neck. The soldier called him a punk before just walking away.

They fall victim to the deadly war started out by grownups. It was hard for anyone to keep his life intact, much less the life of a mere animal. But it is sad yet heartening to see Dol-i trying to keep his friend alive even during the war. One of the key subjects of Hwang Sun-won’s stories has to do with respecting life, not only the lives of human beings, but of all creatures on this Earth. He believed that if we respected and cared for all lifeforms, this society of humans would surely benefit as well. This firm conviction of the author was planted in his mind as he lived through the Korean War and was incorporated in the boy’s brave act.

The calf was racing down the hill. It ran past the embankment and stepped on the ice. Luckily, it ran over the part of the ice covered with sand and ashes, but Dol-i was worried that it might slip and fall. He walked toward the calf.

He heard his parents shouting his name. But as if he couldn’t hear them at all, Dol-i kept smiling as he kept walking toward his calf.

The calf and Dol-i were about to meet.

The ice broke. The calf struggled to swim and keep afloat for a while but started to sink under the ice as if his limbs wouldn’t move in the icy water.

With Dol-i holding onto the neck of the sinking calf.