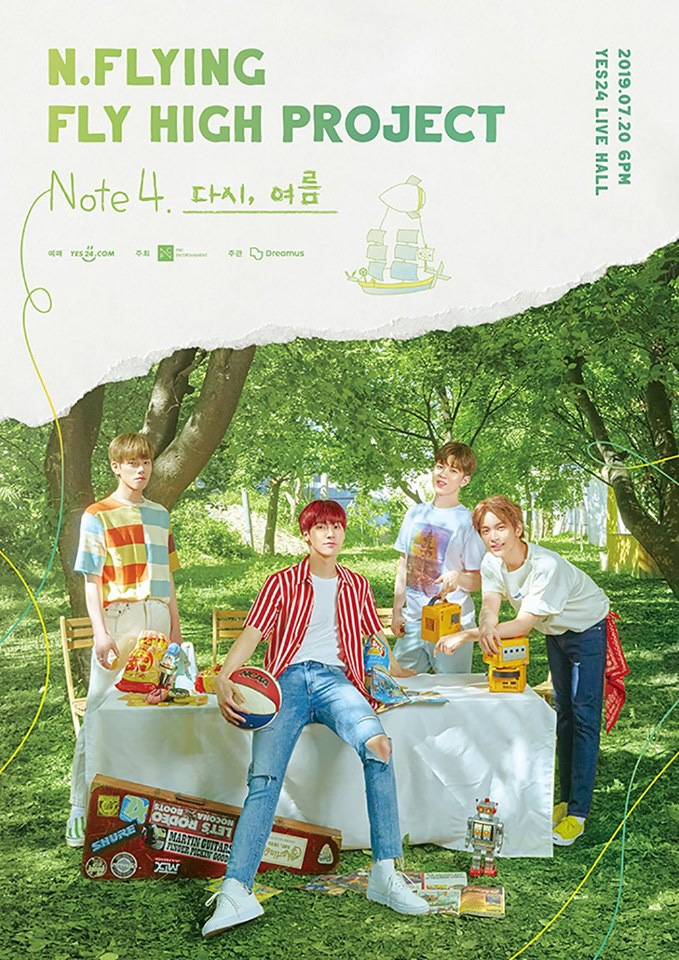 Rock band N. Flying will be holding a summer concert titled “Again, Summer” on July 20 at Yes24 Live Hall. The concert comes as part of the group’s “Fly High Project” concert series which kicked off in October last year. Bassist Seo Dong-sung from the band Honeyst will be joining the band for the upcoming concert.