Airtec Expands the Scope of Air Purifiers with Innovative Ideas 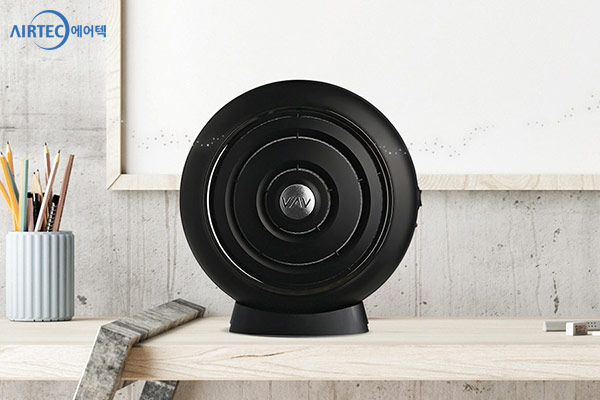 Today, we’re going to introduce you to an air purifier manufacturer named Airtec. Here is Airtec’s CEO Park Sung-young(박선영) to explain about her company in more detail.

Airtec means “air technology.” As the company name indicates, it is a developer and manufacturer of air-related products. When the company was founded in 2013, the air purifier market in Korea was dominated by large products. But we focused on small ones as niche products. We incorporated various colors and interesting designs featuring Disney, Marvel or Larva characters into compact air purifiers to create a new market and achieve dominance.

People were surprised to see Airtec’s small-sized air purifiers with sophisticated designs. Like interior accessories, they go well with any space and are clearly different from large, cookie-cutter products, which people have been more familiar with. Airtec’s air purifiers sparked people’s curiosity and made them want to buy one the moment they saw the distinctive products. Ms. Park continues to explain.

Air quality is in the news a lot these days due to growing concerns over yellow dust and fine dust particles. Many homes now have at least one air purifier, mostly a large one. If a large air purifier is placed in the living room, as is often the case, it is hard to expect the same effect of air purification in rooms, the kitchen and the restroom. But placing a large appliance in every room costs a lot and it may not be appropriate to install a bulky one in a small room. That’s why we developed small-sized, economical purifiers that can be kept in each room for efficient and practical air purification. Compact-size air purifiers will meet the needs of the increasing number of single-person households and those who want to use them in their cars.

Park ran Toshiba’s distributorship in Korea, dealing with small appliances including air purifiers, for more than ten years. In the process, she came to know exactly what consumers wanted. As the market for large air purifiers had already been saturated, Park believed that smaller ones that could be used in any place people want would stand a chance of success. She set up Airtec in 2013 and developed small air purifiers under the slogan of “One Air Cleaner in Each Room.” A small air purifier in this case refers to the one optimized for ten to 13 square-meter rooms. The portable product can also be used in vehicles as well. In addition to the size, Airtec appealed greatly to consumers due to another advantage.

As the quality of life and economic conditions improve, more and more people are showing interest in interior decorations. In the case of home appliances, consumers these days are looking for products that match home interiors.

In consideration of this trend, we focused on designs. Large air cleaners have limitations in terms of design application and price. But we successfully overcame the limitations by integrating cool designs into smaller air purifiers.

Park was confident that the application of colorful, character designs would create a new air purifier market by drawing interest from consumers who were accustomed to typical household electrical appliances, which were mostly square and hard. Airtec developed its own designs and also signed a license agreement with Disney and Marvel to feature world-famous characters in its products. The company’s small and attractive goods quickly grabbed the attention of consumers and promoted market innovation. Of course, the company’s success is attributed to its technological prowess. 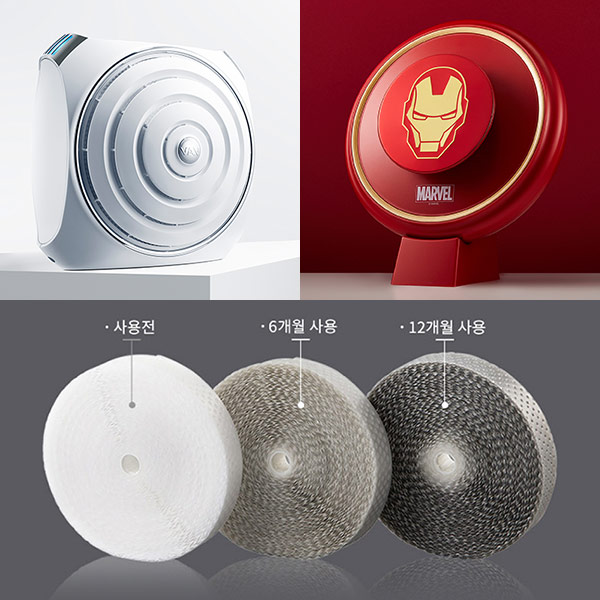 No matter how beautiful it may look, an air cleaner will be shunned by customers if it lacks core technology. Airtec’s key technology is the “e-nano film filter” that captures pollutants by using permanent electrostatic force.

The company filed the Patent Cooperation Treaty or PCT application worldwide for its e-nano film filter. It also obtained a patent for portable, in-vehicle air purifiers and a design patent as well. Various other functions, including the Bluetooth speaker and the air quality sensor, have been added to its small air purifiers, making them technology-intensive appliances. We’re planning on using the Internet of Things or IoT technology to produce an artificial intelligence or AI-based high-tech air purifier. In short, Airtec is confident in its technology.

A filter is the key element of an air purifier. To secure competitiveness in filters, Airtec developed the permanent electrostatic e-nano film filter, which absorbs polluted materials in the air using static electricity and releases fresh air after filtering.

Another good point of this filter is that users don’t need to worry about replacing and managing expensive filters—a chronic problem for air purifiers. In general, filters become less effective in capturing pollutants after a long period of use. But Airtec’s filter can be washed with water so consumers can use them in a clean, convenient and semi-permanent way.

With its small, beautiful and strong air purifier products, Airtec was selected as one of the “E-Power 300” companies sponsored jointly by the Korea International Trade Association, the Korea SMEs and Startups Agency and the Korea Trade-Investment Promotion Agency. It also won the Hi Seoul Excellent Product Award hosted by the Seoul Business Agency. The company is on a roll in both the domestic and overseas markets.

When the company was established in 2013, not many people in Korea were interested in small-sized air purifiers. It turned out that our products were recognized in foreign markets first, such as Hong Kong, Japan and Taiwan where there are many small houses. The overseas markets showed keen interest in our air purifiers with cute designs and the permanent electrostatic e-nano film filter.

We released air purifiers featuring popular characters in Korea from 2015, when fine dust air pollution became a serious issue here. Our brand, Airtec, has since gained recognition steadily, and I think it has established itself as a promising manufacturer of small, portable air purifiers. We’ll expand our business into large air cleaners and those for industrial purposes through constant research and development. We’ll grow into a leading provider of air purifiers tailored to the diverse needs of customers.

To survive in the ever-changing market, companies should be able to read the minds of consumers. Only those who listen carefully to consumers and provide new values and experiences can achieve success.

Airtec has successfully met the three requirements—downsizing, performance and design—to blaze a trail in the field of air purifiers, and the company is poised to continue to lead the way in the industry.