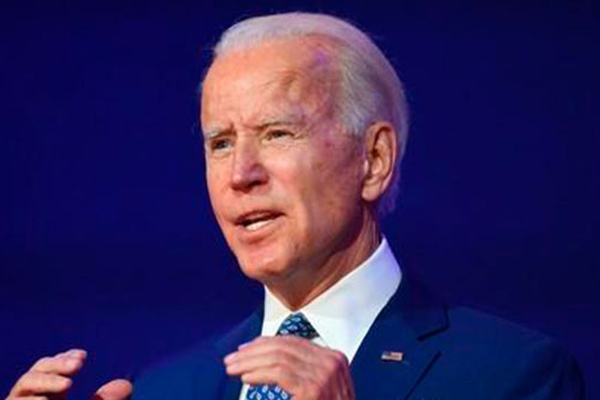 U.S. Democratic candidate Joe Biden has won the cliffhanger presidential election to become the 46th president of the United States. Following Biden’s election win, the U.S. will stay away from the so-called Trumpnomics characterized by trade protectionism. Still, Biden’s economic policy, or Bidenomics, also puts priority on America’s interests and focuses on curbing China’s power and influence. So, how will Biden’s will influence the Korean economy? Here is Kim Gwang-seok at the Institute for Korean Economy and Industry to explain.

Since Trump’s inauguration, uncertainties have grown in the global trade environment, with China and the U.S. still locked in a trade war. The downside risks in the global economy have plagued Korea, which relies heavily on outbound shipments. Biden’s presidency is expected to stabilize global trade conditions to some extent and therefore provide more business opportunities to Korean companies.

The Biden effect has already been perceived in global financial markets. When Biden held the lead over Trump in the vote-counting process, stock markets in the U.S. and Europe surged, while global gold prices reached their highest level in seven weeks.

So far, the U.S. has engaged in a tariff war with China and also cut off Chinese tech company Huawei from semiconductor suppliers around the world, making the chip makers nervous. There are high expectations that Biden’s victory will ease these uncertainties in global trade. Reflecting on the expectations, stock prices of renewable energy-related industries, which Biden focuses on, have made solid gains.

Biden’s economic policy is clearly different from Trump’s. Trump has maintained the policy to lower taxes throughout his term and has taken a passive stance toward an increase in fiscal spending. When it comes to trade issues, he has prioritized America’s interest over the allies of the U.S.  When trade conflict arises between the U.S. and a country, he would impose tariffs on that country. Biden, on the other hand, has proposed to increase tax revenue by an estimated 3.4 trillion dollars over ten years and invest it in education and infrastructure. Compared to Trump, he is more favorable to free trade.

Under Trump’s presidency, the U.S. has been at odds, even with its allies like Europe and South Korea.

In contrast, Biden will seek to maintain friendly relations with U.S. allies and strengthen cooperation with them before pressuring China. In the process, South Korea will have to form close relations with Japan and may find more business opportunities in Europe. But it may lose such opportunities in China. South Korea will then have to consider exploring major export destinations and production bases, other than China, by promoting corporate re-shoring or near-shoring. It is important for South Korea to diversify its export market, as it should effectively cope with the major change in the market environment.

Obviously, Biden is firmly determined to push for an eco-friendly policy. He pledged to invest 2 trillion dollars in infrastructure, electric vehicles and clean energy by 2035. This plan is expected to benefit Korean industries related to batteries, eco-friendly cars and new renewable energy. Some Korean stocks related to these areas have risen sharply. Share of North Korea-related businesses, on the other hand, have been exactly the opposite. That’s because Biden is believed to adopt a less conciliatory approach when handling North Korea, compared to Trump.

Washington’s North Korea policy will undergo a major change and the denuclearization talks between North Korea and the U.S. will enter a new phase. Trump has been pretty friendly to North Korea, but Biden will be different. There may be some setbacks in nuclear negotiations between the two countries. In that case, South Korea may experience higher geopolitical risks, which could prompt global credit rating agencies to cut the country’s sovereign credit rating.

Meanwhile, Trump has refused to accept election results, claiming that the election is “rigged.” Trump says he will file a series of lawsuits in states where he disputed vote-counting. Therefore, confusion will likely to persist for some time, even though Biden’s victory has been confirmed. Growing political uncertainties in the U.S. are feared to have a negative impact on the global economy.

Countries around the world have to adopt pump-priming measures to cushion the blow of the COVID-19 pandemic. But their decision making and economic recovery will be delayed if political chaos continues in the U.S.  South Korea is no exception, as its economy depends considerably on the U.S.

The longer the leadership vacuum, the greater the confusion. I think federal courts in the U.S. will announce trial results in a way to minimize the confusion.

It is uncertain whether President-elect Joe Biden will be able to solve the problems of the U.S. economy, which has been hit hard by COVID-19. As Republicans continue to take control of the Senate, Biden’s policy proposals may not get approval by the Congress easily.

Yet, many expect that Biden’s economic policy will be carried out in a more predictable way than Trump’s. Optimists say that the commercialization of COVID-19 vaccines and the timely execution of the economic stimulus plan, if realized, will boost growth of the U.S. and get the global economy back on track.

Korea needs to prepare for an upcoming Biden era in the U.S. and also formulate measures to cope with the volatile global market, where uncertainties may linger for the time being.