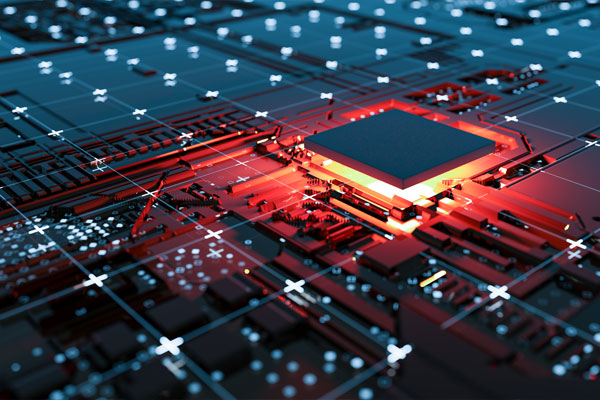 People around the world spent more time at home last year due to the COVID-19 pandemic, leading to higher sales of smartphones, personal computers and home appliances and subsequently rising demand for semiconductors that are used in those products. Semiconductor makers have produced memory chips to meet the demand, which only exceeds the supply. Demand for system semiconductors has also been on the rise to support the semiconductor industry boom. As this trend is expected to continue for a while, attention also turns to the competition between Korea’s Samsung Electronics and Taiwan Semiconductor Manufacturing Company or TSMC.

Here is Ahn Ki-hyun, the executive director of the Korea Semiconductor Industry Association, to discuss how Korean chipmakers should use the opportunity of the so-called semiconductor “super cycle,” a major boom that lasts for a long time.

Semiconductor production facilities are in full operation now to meet the explosive demand for chips amid the contactless consumer trend. The semiconductor market is expected to enjoy another “super cycle” of high demand. At present, chip production is concentrated more on smartphones, computers and home appliances than on vehicles. With demand for cars rising as well, I guess semiconductors for vehicles are in short supply.

But Samsung’s semiconductor profit is not considered high, as its competitors such as Intel and TSMC achieved higher profits than Samsung last year. Analysts say that the prices of Samsung’s memory chips, which made up nearly 90 percent of its semiconductor profit last year, are heavily influenced by supply and demand. Therefore, it is difficult to secure stable operating profit in this area. In contrast, foundry giant TSMC is hardly affected by price fluctuations of memory chips.

Samsung Electronics produces both memory chips and system semiconductors. In fact, memory prices remained weak in 2019 and 2020. This factor is assumed to contribute to widening the profit gap between Samsung and TSMC.

Last year, TSMC earned an operating profit of 20 billion US dollars, about 3 billion dollars more than that of Samsung Electronics, with its operating margin hitting a whopping 42.3 percent.

In 2018, the Taiwanese company’s operating profit was only one-third of Samsung Electronics’. But the former has outpaced the latter only in three years.

TSMC continues to raise its global status. It is the world’s largest semiconductor company in terms of market capitalization. Intel’s market cap is less than half of that of TSMC, and Samsung Electronics also falls behind TSMC in market cap. While the Korean tech giant has seen its stock price rise 50 percent over the past year, TSMC’s share price has shot up more than 100 percent in the same period.

TSMC started the foundry business earlier than any other company. It has the largest production facilities, taking more than half of the global foundry market. Equipped with all production technologies, the company can manufacture what its customers want.

The rapid growth of TSMC as the world’s biggest contract semiconductor foundry is attributed to the major change in the chip market. In line with the emergence and spread of 5G, AI and self-driving vehicles, standardized chips are declining, while companies like Apple, Amazon and Google are designing their own custom chips. And it is TSMC that controls more than half of the foundry market worldwide.

TSMC created a new business, namely, foundry, and it has stayed in the top spot in this area. Only TSMC and Samsung Electronics have invested in foundry facilities with high technology. Therefore, those who want to produce advanced semiconductors must go to one of these two companies, which will have to meet the rising demand for semiconductors.

TSMC plans on investing up to 27 billion US dollars in facility construction this year. Meanwhile, Samsung announced its plan in 2019 to invest 115 billion dollars in the following ten years to expand its non-memory and foundry business. Analysts believe that the competition in the global semiconductor industry comes down to the race between Samsung and TSMC.

Samsung Electronics is the world’s top memory chip maker. It stands unrivaled in manufacturing technology. To compete with TSMC in the field of advanced semiconductor production, Samsung needs to expand manufacturing facilities quickly. It needs to accumulate experiences and technologies in the foundry business so it can secure more customers. The industry predicts that the world foundry market will be led by these two dominant players. Samsung unveiled its investment plan in 2019. I hope the company will achieve the ambitious goal successfully.

Regarding its foundry investment plan this year, Samsung Electronics did not present specific figures. But the company expressed its commitment to expanding strategic facility investment over the next three years and pushing for “meaningful” merger and acquisitions.