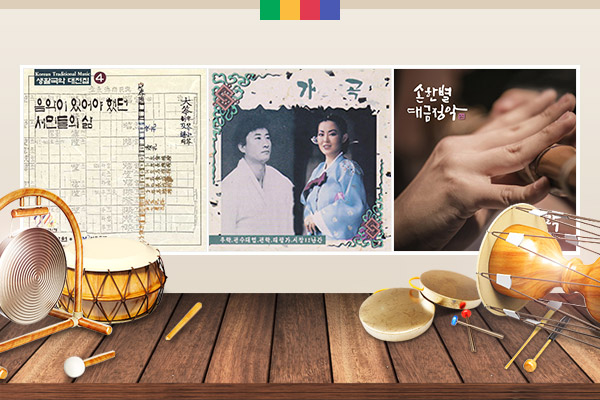 There are two court music pieces from China imported during the Goryeo period. Those are “Boheoja보허자” and “Nagyangchun낙양춘,” which have been played in Korea for more than 1,000 years. So it’s not surprising that the music pieces have lost almost all of its Chinese characteristics over the years and have completely Koreanized. Their lyrics also have gone lost and they are currently being performed only as instrumental pieces. “Boheoja” was played at royal celebrations as accompaniment to dance performances. Recently, Korean gugak musicians started reviving old lyrics to “Boheoja,” which lauds past kings and hopes for the country’s greater prosperity and stability. The lyrics can be translated as the following.

The sun rises over the sea to redden the atmosphere.

And the auspicious aura of the red sand and a jade rabbit is harmonious.

Music of heaven is performed in accordance with the beautiful principles of heaven,

Which harmonizes with a golden phoenix and a silver goose.

Dancers twirl and turn amid the scent of orchids

And fresh winds blow through the slender willow branches.

“Boheoja” and “Nagyangchun” are divided into two parts – mijeonsa미전사, meaning the first part, and mihusa미후사, the latter part. A distinguishing feature of mihusa is that the entire segment except for its first line has the same melody as the mijeonsa part. Such repetition is called “dodeuri도드리” in Korean. This repetitive passage of “Boheoja” has given rise to various tunes, such as “Mitdodeuri밑도드리,” “Utdodeuri웃도드리,” “Yangcheong Dodeuri양청도드리,” and more. These music pieces have helped diversify and refine Korean traditional music as well. The next piece we brought for today’s episode is a gagok titled “Pyeonsudaeyeob Jingukmyeongsan편수대엽 진국명산” which describes the pungsu풍수 or geomancy significance of the mountains surrounding Seoul. The words to the song claim that the topographical features of the Korean capital indicate that many notable figures will be born in the area and the country will enjoy prosperity for ages to come. Today’s version will be sung by Lee Dong-gyu.

A great number of Korean traditional songs eulogize prosperity. But rather than marveling at the current state of affluence, the songs wish for an appearance of a wise and kind leader to bring an era of peace and prosperity. Fortunately, Korea had such a leader, King Sejong of the Joseon Dynasty. The multitalented king was not only interested in politics and science, but also quite knowledgeable in music. He was the one who composed a piece titled “Yeominrak여민락,” which literally means enjoying music with the people. The term derives from an anecdote involving Mencius and King Xuan of China. The Chinese king supposedly admitted to Mencius that he loved commoners’ music more than sophisticated royal music to which the renowned philosopher replied that it is better that music is enjoyed by many people than by just a few. He added that if the king is so generous and caring that his people enjoy abundant food and stable life, his people wouldn’t care what kind of music the king liked. This anecdote demonstrates that a true king is always ready to look after the people and enjoy what they enjoy. King Sejong wrote “Yeominrak” to remind himself and everyone else that he will always one with his people. The entirety of “Yeominrak” lasts more than an hour, so today we will play only the first movement with Son Han-byeol playing the daegeum.