"To the Kennels" by Pyun Hye-young 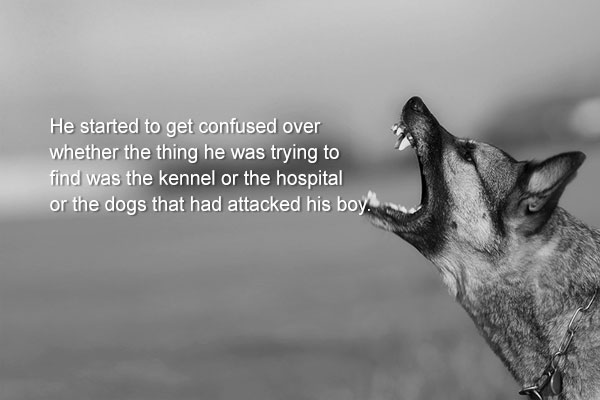 ⓒ Getty Images BankHe boasted to his co-workers that living in a single-family home in the suburb is every urban dweller’s dream and that his new house is a white single-story house with a sloped roof and a mountain behind it. But the life in the suburb turned out to be a lot different that what he had imagined.

The community reached after two hours on the expressway was enveloped in pitch black. The only light illuminating the road came from his car’s headlights. When he entered the village late at night, the mountain, would thrust out its dark shadow like a big, crouching dog.

The only comforting sound was the dogs barking from all around. When he heard that sound, he felt relieved that he had finally arrived at the village. The dogs were the compound’s only street light and security lamp.

The kennels have a clear meaning in this story. The protagonist has a big loan and is about to lose his house. The kennels housing fierce dogs signify a capitalistic jungle. The author placed that kennels near the residential area to show that suburbs are not as peaceful as we would like to think, but just as ruthless and dangerous as the kennels.

He started to get confused over whether the thing he was trying to find was the kennel or the hospital or the dogs that had attacked his boy.

But, even before he had a chance to regret taking the wrong road, he once again heard the sound of barking. The noise came from all around, as if the whole city was a kennel.

Won the 2017 Shirley Jackson Awards for novel “The Hole”