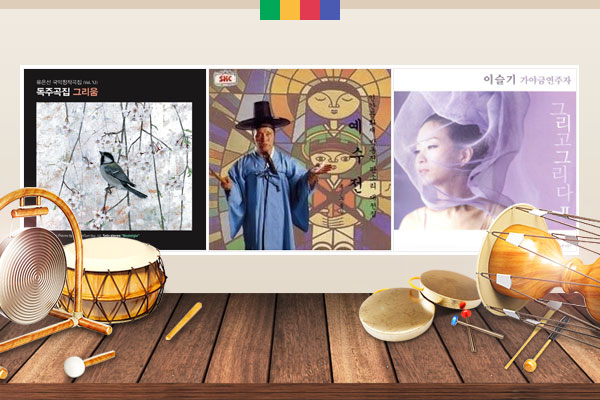 There is a poem titled “Christmas” written by Kim Jong-gil(김종길) that starts as follows:

With reddish charcoal glowing in a darkened room,

A lonely old lady sat by a little child, watching over his pitifully declining life.

This poem is about how a devoted father went out into a snowstorm to get medicine for his dying son. That medicine was cornelian cherries. The only medicine that the impoverished father could get in the middle of winter in the snowy mountain was cornelian cherries that ripened to bright red. Luckily for the boy the medicine worked and he grew up to be a poet as old as his father. He reminisces about his father on a snowy Christmas Eve. Students learning this poem in their textbooks probably could not have related to the father’s fear of losing his son or devotion to his child, or the grown-up poet’s longing for his father. But we come to appreciate the emotions depicted in the poem as we grow older. Let’s open up today’s episode of Sounds of Korea with “Scenes from a Winter Morning” composed by Yu Eun-sun(유은선). Kwon Yong-mi(권용미) will be playing the sogeum(소금) and Kim Gwang-seok(김광석) the guitar.

What reminded the poet of his father must have been the snow.

Even to a child going in and out of consciousness the sight of the white snow covering his father’s head and shoulders and the branches of red cornelian cherries grasped in his hand must have left an indelible impression. Many decades later, when the poet again sees the snow and red Christmas lights illuminating the streets, he returns to that critical time in his childhood, as if he is in a time machine. Or perhaps Christmas played a more pivotal part in his recollection. One cold winter day, Joseph and his pregnant wife, Mary, were looking for a place to stay overnight. When they couldn’t find any rooms at the inn, they were led to a stable, where Mary gave birth to baby Jesus and placed him in a manger. They were probably worried sick that their newborn baby might be cold or catch some dreadful disease. This is probably what all parents feel when it comes to their children. The poet’s father must have been more than willing to undergo any difficulty to save his son’s life. Coming up next is a passage about the birth of Jesus in a stable from the pansori(판소리) “Story of Jesus” sung by master singer Park Dong-jin(박동진).

The pansori(판소리) version of Jesus’ life was composed by master singer Park Dong-jin(박동진). After hearing about Park’s performance of the pansori(판소리) “Chunhyangga(춘향가),” Reverend Cho Hyang-rok(조향록) came to see the famed singer with the script of “Story of Jesus” and asked him to write a pansori(판소리) piece for it. Park, who had been an atheist up until then, became so fascinated by the life story of Jesus that he eventually converted to Christianity. Asking a pansori(판소리) singer to compose a piece about Jesus was an ingenious way to proselytize to a musician. This rendition must have brought Jesus, a savior from a strange, faraway country, much closer to the Korean people. Sadly, not many people perform the pansori(판소리) “Story of Jesus” these days, but maybe today’s traditional musicians could work on a different musical rendition of this story. The last piece for today is the widely known “Amazing Grace.” This hymn was written by the Anglican priest and English abolitionist John Newton to repent for his past career as a slave trader. I guess Jesus came to earth on this day some 2,000 years ago so that we could look back on ourselves and repent for our sins. Here is gayageum(가야금) player Lee Seul-gi(이슬기) performing “Amazing Grace.”