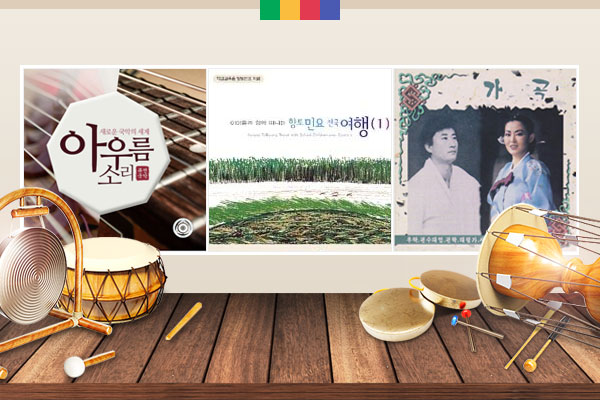 Yesterday was Ipchun(입춘) in Korea, the beginning of spring. However, the temperatures around Ipchun(입춘) belie the seasonal title, since it’s still quite cold around this time of the year. Rather than the beginning of spring, it often still feels like the middle of winter. Perhaps the last few days of January and early February feel exceptionally colder because we are tired of the cold and desperately yearn for the warmer season. But there’s good news from the south. Camellias and plum blossoms have started to bloom in the southern regions. Although it is too soon to feel it, spring is definitely coming. So, the first song for today’s Sounds of Korea is “Plum Blossom Song,” which begins like thus.

You should have bloomed already on the branches

But with the spring snow still fluttering, you don’t seem ready to flower.

According to the song, it’s still too cold for plum blossoms to flower, but imagine how lovely it would be to see timid, white blossoms when you least expected them. Let’s imagine that spring scene where the plum blossoms cling to the branches despite the nippy winds as we listen to Lee Yun-jin(이윤진) singing “Plum Blossom Song.”

In the old days, farmers would tell fortunes by picking barley sprouts around Ipchun(입춘). When the sprouts had many root branches, a bumper crop year was forecasted, while few, scrawny roots foretold of a poor harvest. Poor, common people had particularly difficult times around this time of the year, because this was when their winter stocks of food would start to run out. What they probably hoped for was for the barley sprouts to take root and bear grains soon so that they could survive the season of spring poverty.

The coming Saturday, February 8 is the first full moon of the lunar year. Not that many people celebrate the lunar year’s first full moon these days, but in the old days, more festivities and seasonal customs were observed on this day than on Seol(설), the lunar New Year’s Day. People would hold village-wide shaman rituals and play tug-of-war or other traditional games. Villagers got together on the first full moon of the year to engage in communal activities and strengthen their solidarity, hoping that community-wide celebrations would result in a prosperous year. Ganggangsullae(강강술래), a traditional dance passed down in the southern coastal areas, was exclusively performed by women. In the old days, the sun represented men, whereas women were likened to the moon, the symbol for fertility and abundance. So, dancing in a big circle under the full moon implied wishing for bountifulness. Here’s “Ganggangsullae(강강술래)” performed by the students of Namwon(남원) Traditional Arts High School.

In the old days, it wasn’t easy for women to venture outside, let alone have careers outside of the home. But on the night of the lunar year’s first full moon, women came outside to sing and dance and have fun, making this night the most anticipated event of the year. It didn’t matter whether women were young or old, good singers or not, from a poor family or a rich one. They all mingled together and enjoyed the festivities all together. This occasion brought all women together and gave them enough energy to survive another year in a world that was particularly harsh to them. But people who couldn’t go out and be merry even on a night like this were the seonbi(선비), or men who studied Confucianism in the Joseon(조선) period. All they could do was drink or have tea while reciting a poem. There is a poem that mocks these overly decorous men. It’s about a seonbi(선비) who sees a shadow lurking outside his window. Hoping that the shadow belongs to his beloved, he rushes outside only to discover that the shadow was a tree swaying in the wind.

He finds relief in the fact that it was late at night and that there was nobody to witness his folly, saving him a lot of humiliation and ribbing. Let’s wrap up this week’s Sounds of Korea with Lee Dong-gyu’s(이동규) “Eonlak(언락).”