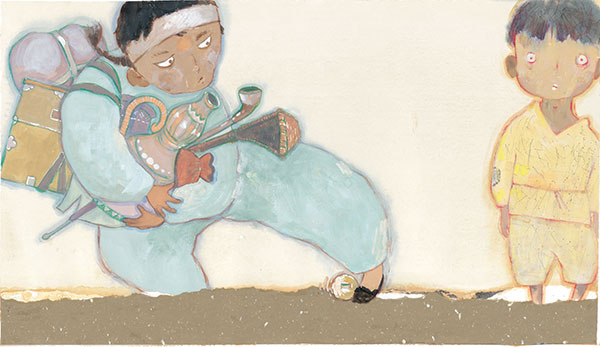 Long, long ago, there was a small yet beautiful country. Everyone adored their king and admired him with all their hearts.

One day, a shoe vendor from a neighboring country came to visit this land. He thought it odd that the people in this country would not stop complimenting the king. 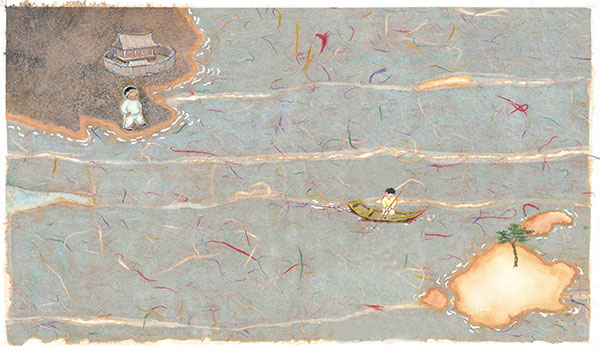 “Why do you admire your king so much?”

“Oh, but he has that millstone.”

“A millstone? What is so special about that?”

“The king can make anything with that millstone.”

The vendor quit work that day and started scheming about how to get that magical millstone for himself. 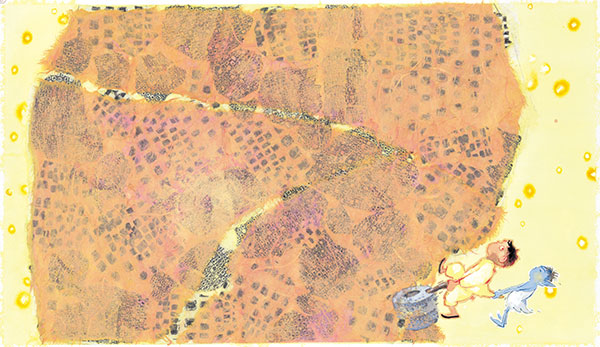 Once inside the palace, the shoe vendor hid in the bushes near the pond and began looking around. But it seemed almost impossible to steal the millstone since there were so many people around the pond.

He then saw the king walking up the gazebo. The king sat in front of the millstone and started rotating the runner stone clockwise. 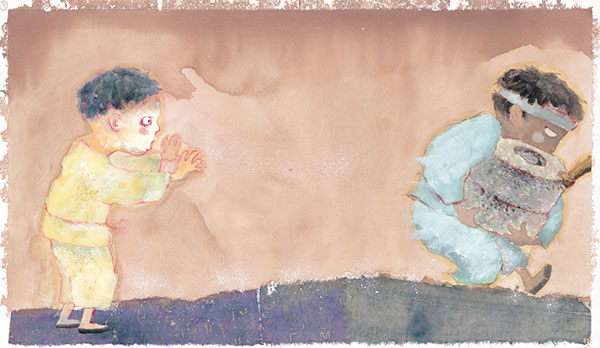 Night came and even the palace officials had gone home.

The shoe vendor came out of his hiding place and went up to the millstone at the gazebo, with the wooden carrier on his back.

The vendor quickly loaded the millstone onto the carrier and sped away. 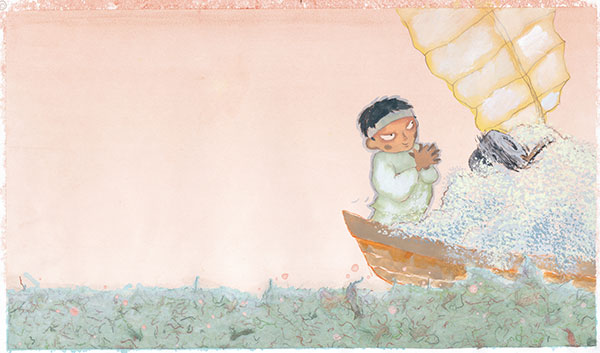 He then found and boarded a small boat along with the millstone and started rowing out to sea.

“What should I make with this millstone? I’ll start with salt.”

Mimicking the king, the shoe vendor shouted out the chant.

Salt started pouring out of the millstone, and the boat started tilting.

But no matter how loudly the vendor commanded the millstone to stop, salt kept pouring out.

Earlier, the vendor had been so excited to see rice pouring out of the millstone that he missed to see how the king stopped it. 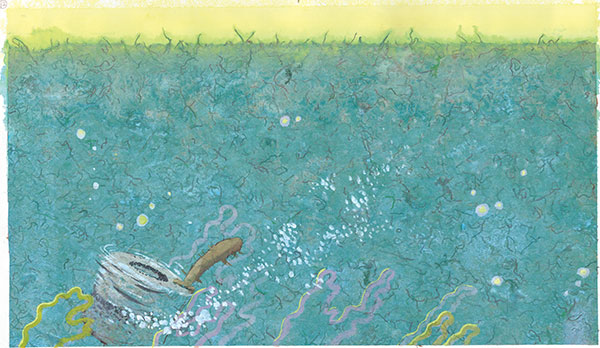 The boat at last capsized, throwing the millstone and the shoe vendor into the water.

The millstone sank deep into the ocean, but kept making salt as nobody said the right chant to stop it.

In fact, it is still making salt to this day, which is why seawater is so salty.

Whether you believe it or not.