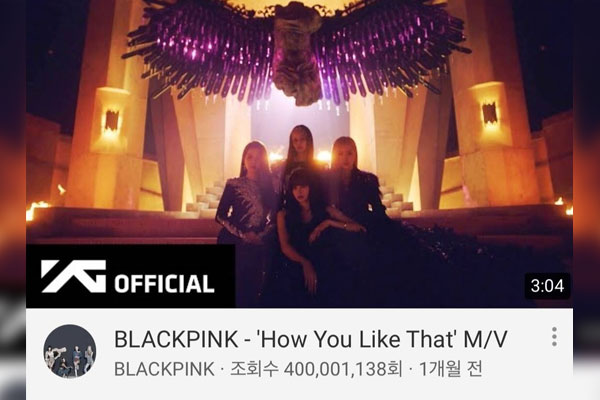 The music video for BLACKPINK’s latest hit “How You Like That” has set a milestone over the weekend.

The latest record makes the MV the fastest K-pop MV to reach 400 million. The group’s next single will be released later this month.