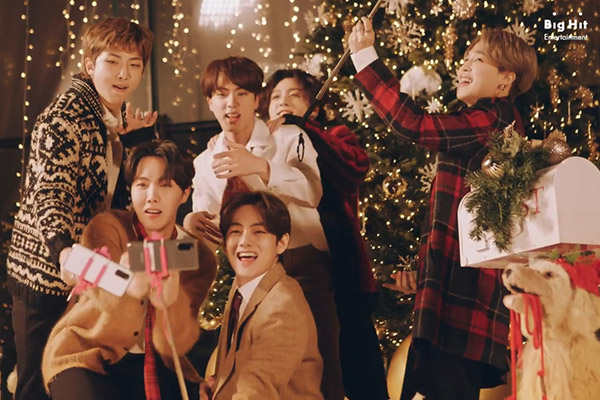 BTS has unveiled a holiday remix version of its all-English lyric single “Dynamite”.

The remix version is in time for the Christmas holidays and shows the band singing in front of a Christmas tree.

The single was originally released on Aug. 21 and earned the band its first career No. 1 on Billboard Magazine’s main singles chart. The song also earned the group a Grammy nod for Best Pop Duo/Group Performance.