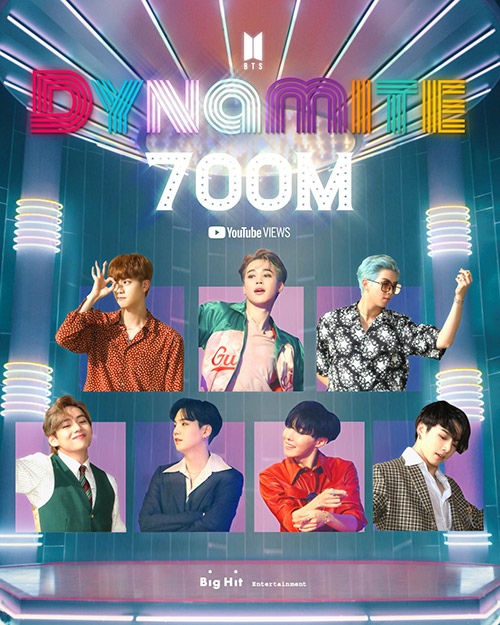 The music video for BTS’ “Dynamite” has reached 700 million views on YouTube.

The video surpassed the mark on Dec. 17, just four months after its release. With the latest feat, the group now has six MVs that have more than 700 million views on YouTube.