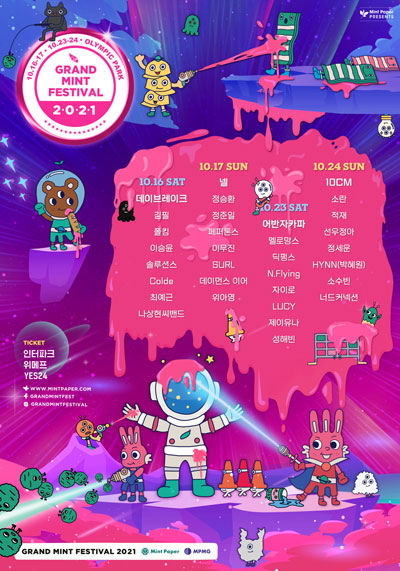 The Grand Mint Festival, one of the country’s largest music festivals, has released the lineup for its October event.

This year’s Grand Mint Festival will be held from Oct. 16 to 17 and again from Oct. 23 to 24 at Olympic Park in Songpa District, southern Seoul.

A total of 32 teams will perform, including Daybreak, Nell, Urban Zakapa and 10cm.