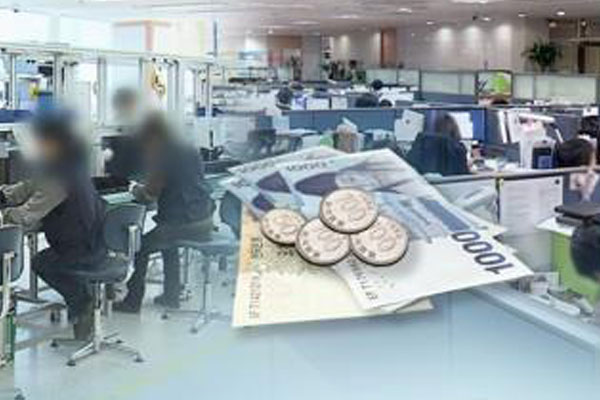 The government has decided to revise the minimum wage decision-making system by February and implement it from 2020, adjusting its pace of increase. It will also spend a record-high 61 percent of its budget in the first half of the year in 2019.

It announced the measure at an extended meeting of economy-related ministers, presided by President Moon Jae-in, as his income-led growth policy has been blamed for weakening job creation.

"It is more important than anything else that new economic policies such as the minimum wage increase and work hour shortage are pursued with the understanding of the public by harmoniously considering economic and social receptivity as well as the positions of those concerned. If necessary, supplementary measures should be devised."

It was the first meeting of its kind since President Moon's inauguration, and comes against a backdrop of slowed economic growth.

In a report presented at the meeting, the government projected the domestic economy will grow between two-point-six and two-point-seven percent in 2019.

This represents a downgrade from a July estimate, in which the economy was forecast to grow by two-point-nine percent this year and two-point-eight percent next year.

The nation's monthly job growth forecast for 2019 was also slashed to 150-thousand from 230-thousand.

Aiming to breathe new life into the economy, the government decided to ease regulations to allow Hyundai Motor to build a 105-story skyscraper in southern Seoul.

The government expects the construction of the building complex will create investment effects of three-point-seven trillion won.

It also pledged to pursue corporate investment worth over six trillion won, including projects to create a cluster of chip makers and build a K-Pop concert hall in Seoul.

In a bid to boost private spending, the government decided to extend a temporary tax cut on the purchase of passenger cars through June.

The tax cut would lower the cost of a 20-million won vehicle by around 430-thousand won.