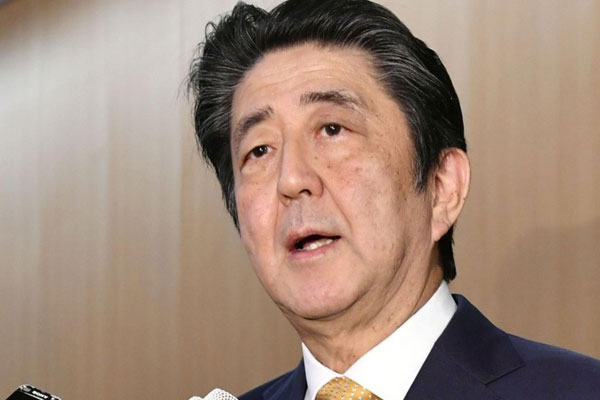 Japanese Prime Minister Shinzo Abe has welcomed Seoul's extension of its intelligence sharing pact with his government, calling the move a "strategic decision."

Speaking to reporters late Friday, Abe said it is extremely important for Japan and South Korea, as well as the United States, to cooperate and coordinate to cope with North Korea.

Abe said he believes Seoul made the decision from such a strategic standpoint.

While arguing that the upcoming trade consultations are irrelevant from the issue of extending GSOMIA, the Japanese top diplomat said the core of the bilateral friction is the wartime forced labor issue.