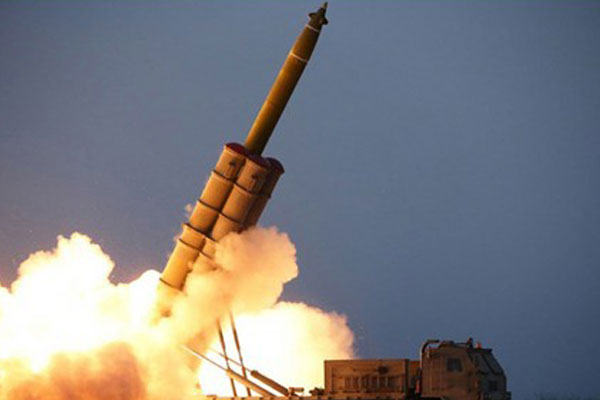 The Rodong Sinmun paper said the North conducted the test for the final review of the launcher's combat capability.

It added that the weapons system's superiority and reliability have been confirmed.

The paper also noted that Kim supervised the test and expressed "great satisfaction" with the results.

On Thursday, South Korea's Joint Chiefs of StaffJCS) had stated that the North fired two projectiles from what is presumed to be a "super-large" multiple rocket launcher from Yeonpo in the country's eastern South Hamgyong Province toward the East Sea.

The JCS added that the projectiles flew 380 kilometers and reached a maximum altitude of 97 kilometers.

The test was the 13th major weapons test that Pyongyang has conducted this year and the fourth of what it calls the super-large rocket launcher system, which has a presumed diameter of 600 millimeters.