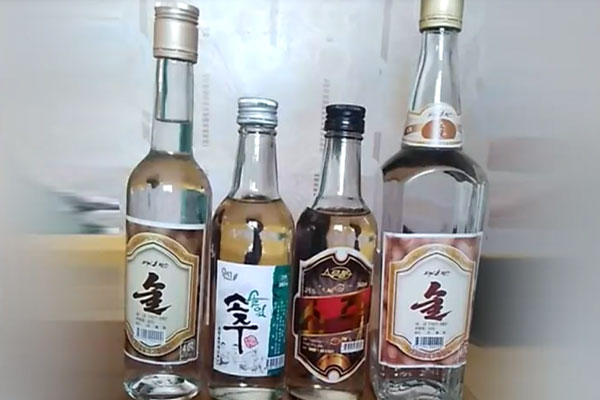 Amid the prolonged outbreak of the COVID-19, ginseng is drawing attention in North Korea as one of the ways to help prevent and cure the virus. A North Korean propaganda outlet has reported that ginseng from Gaeseong helps strengthen the immune system, promoting beverages and liquor made of the root. In fact, North Korean people have made alcohol out of a wide range of medicinal herbs including ginseng as well as fruits indigenous to different regions. Popular alcoholic beverages include deuljjuk or bog bilberry liquor made with blueberries grown in Baekdu Mountain, moru or wild grape liquor from Mt. Ganggye and wild ginseng liquor from Jagang Province. Here’s Professor Chung Eun-chan at the Institute for Unification Education to explain North Korean liquor in more detail.

There are many kinds of alcoholic beverages native to particular regions. Pyongyang, Gaeseong and the Rason Special Economic Zone have their own version of soju, the traditional Korean distilled spirit. Many regions use their local fruit to make liquor. Deuljjuk(들쭉) liquor from Ryanggang Province is a very famous local specialty. It was served for the toast of the 2000 inter-Korean Summit. Pine mushrooms from Mt. Chilbo, Siberian ginseng from Mt. Baekdu, rowanberry and sea cucumbers are used to make alcoholic drinks. Snake wine, with a high alcohol content of 40 percent, is produced by infusing an entire snake in alcohol. Other ingredients to brew liquor include tiger bones, which are believed to help improve arthritis, fire ants, black glutinous rice, you name it.

Among North Korean alcohols, Taedonggang beer, named after the river that flows through the capital of Pyongyang, is by far the most familiar to South Koreans here.

It became an attractive subject of conversation in the South when the British magazine The Economist published an article titled “Fiery food, boring beer” in 2012 to comment that South Korean beer was dull, but gave a favorable review of North Korea’s Taedonggang beer instead. Right after the inter-Korean summit on April 27, 2018, some South Korean people even signed an online petition on the presidential office’s website, calling for the importation of Taedonggang beer. This beer brand is fully supported by North Korean authorities and one of their exports the nation is very proud of.

Former leader Kim Jong-il began to show interest in brewing in the early 2000s during his trip to the Baltika Brewery in Russia. Impressed by the great taste of the beer there, he ordered his officials to set up a brewery like it in North Korea. So, officials went to Germany to acquire brewery equipment. But they couldn’t afford to import it. Germans then recommended them to find used equipment in Britain. The North Koreans shipped the secondhand, German equipment from Britain to build its own brewery and produce Taedonggang beer. It is said that officials of the British and German embassies in Pyongyang are fond of that beer, and that is how Taedonggang beer was created. Currently, a 640-milliliter bottle of Taedonggang beer is priced at 1.5 dollars.

While North Korea boasts its Taedonggang beer, the nation’s signature liquor is Pyongyang soju. On October 7, 2018, the North’s official Rodong Sinmun newspaper introduced Pyongyang soju as the national liquor of North Korea, saying that leader Kim Jong-un is deeply attached to the spirit and has highly appreciated it several times.

Pyongyang soju is made with corn and white rice and has the strong smell of alcohol. It is produced in two different bottle sizes, 500 milliliters and 750 milliliters, at a factory in Pyongyang and has alcohol content of either 25 percent or 30 percent, which is much higher than that of South Korean soju. North Korean alcoholic drinks are quite high in alcohol content, which is over 20 percent in most cases. In comparison, South Korean liquor is typically under 20 percent alcohol.

North Korean liquor has alcohol content of 23 to 25.6 percent. Black glutinous rice wine is a 40 percent strong spirit and the alcohol percentage of Gaeseong ginseng liquor is over 50 percent.

North Korea began to produce beer in 1956. A factory in Pyongyang makes beer using barley and hops. Pyongyang beer contains 12 percent alcohol and, in some cases, the percentage is reduced to 4.5 percent. North Korean residents enjoy drinking beer, which has a shelf life of about three months.

So, how much is the strong North Korean liquor? People of the upper class in the North mostly drink at restaurants that only accept foreign currencies. There, the least expensive beer is priced at 2 dollars per bottle. It is considered relatively expensive, since North Korean citizens can buy 2 kilograms of rice at 1 dollar.

Soju is 12-thousand to 15-thousand North Korean won. It is roughly 2 US dollars, as one dollar is traded for 8,000 won in the black market. Considering the average monthly salary of North Korean workers is 3,000 won, they have to save five months’ salary to purchase soju. Despite the high price, many North Koreans love to consume liquor.

North Koreans enjoy drinking with their neighbors or coworkers quite often to have a pleasant time together and promote friendship. When drinking, they like to use their own expression that is equivalent to “bottoms up” in English. It is said that North Korean people have held drinking parties more often since the 2010s, when liquor production increased and relevant regulations were eased.

North Koreans love to drink alcohol. I think that’s one of the things South and North Korea share in common. In the 1990s and 2000s, many North Korean residents brewed liquor at home to drink and sell it. Of course, the authorities would crack down on home breweries and illegal liquor transactions. Since the 2010s, the state increased liquor production and loosened its control over homemade alcohol. These days, people in Pyongyang often throw a beer fest. North Koreans like to drink to relieve stress or socialize with other people.

We hope that people in South and North Korea will share their locally brewed spirits in the near future, clinking glasses and drinking to each other’s happiness.