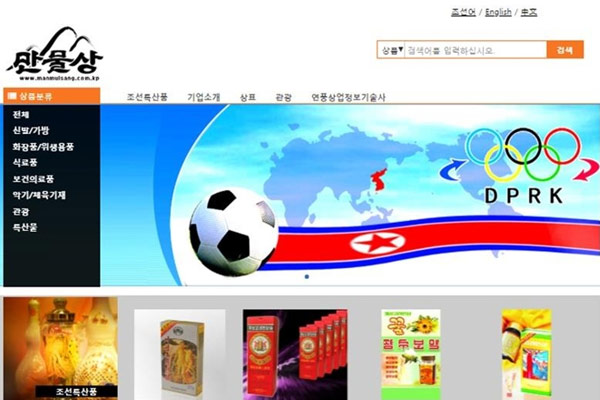 As part of efforts to practice social distancing rules aimed at preventing the spread of COVID-19, many people here in South Korea buy things online rather than offline. They place orders for goods and pay with their mobile phones. Some may use food delivery apps, more often than before, to avoid face-to-face service. But what about the situation in North Korea? Today’ we’ll learn about electronic or e-commerce in North Korea from Kang Mi-jin, a North Korean defector and reporter at the online newspaper, Daily NK.

In North Korea, online shopping has been spreading from big cities to local regions, as far as I know. In the capital city of Pyongyang, young people and housewives are said to use online shopping malls often. The trend coincides with leader Kim Jong-un’s emphasis on globalization and modernization. The nation has actually established unmanned and automated facilities at local factories. In a similar fashion, North Korea operates the state system in a way to allow citizens to order goods at home and get them delivered.

North Korean words referring to online shopping malls are roughly translated as “electronic commerce service system” or “electronic stores.” The nation’s first online shopping site, “Okryu,” was introduced in the Korean Central News Agency in April 2015. It is operated by a central administrative agency named the General Bureau of Public Service. Through this online shopping mall, North Koreans can purchase various items, including the cold noodles of naengmyeon from the famous Okryukwan Restaurant, as it also provides a food delivery app. Ms. Kang explains the shopping site in more detail.

Through the domestic intranet, the online shopping mall offers a variety of goods ranging from foodstuffs, medicines and cosmetics, to bags and shoes. Using the Okryu e-commerce system, consumers can also order popular menus offered by famous eateries including Haemaji(해맞이) Restaurant and Haedanghwa(해당화) Service Complex.

While young people can access the intranet through their smartphones, many residents still find it difficult to log on to the internal network for shopping. The Korean Central News Agency proudly says that Okryu was launched with the purpose of enhancing public convenience and motivating workers to increase productivity. But some analysts assume that the purpose is to prevent the loss of foreign currency, as a result of importing goods, and promote the sales of locally-produced goods instead.

Following the opening of Okryu, various other online stores, such as Naenara and Unpasan, have cropped up in the communist state. Manmulsang, among others, is very popular with local consumers. Meaning “general store,” Manmulsang opened in October 2015. It is sort of a North Korean version of Amazon.com. Manufacturers, department stores and shops can all list their products for sale on this shopping platform, which is much like South Korea’s open market operators like 11th Street and G-Market.

As of April 2018, over 39-thousand items, including clothes, footwear, household goods, electrical and electronic appliances, groceries and medicines, were available for purchase on Manmulsang. This is where some 300 companies engaged in e-commerce activities. The shopping site allows users to order things online, regardless of time and place. It also provides extensive economic information that may prove helpful for people’s lives and business. The shopping portal operates an electronic payment system. It claims that it delivers goods to various parts of the country. It is said that tens of thousands of people use the shopping mall, with more than 60-thousand people accessing it per day.

The key to North Korea’s growing online commerce is the delivery service. Delivery businesses have been booming since the start of the Kim Jong-un regime in late 2011. That was possible because of the combination of mobile communications networks and the nation’s unique logistics vehicles called servi-cha. This term is a compound word of “service” and “cha,” meaning “car” in Korean. Trucks, minivans or taxis are used for the private delivery vehicles that connect sellers with consumers. Individual operators of servi-cha are supposed to pay registration fees and part of monthly revenue to the authorities.

Since the 2010s, servi-cha has been used widely as a means of transporting goods. A consumer purchases a product through his or her smartphone. A seller then makes sure that the consumer paid for the product and sends it to the consumer, using a servi-cha. Then a servi-cha driver communicates with the seller and consumer, in real time with his mobile phone, to deliver the product safely at a given time and place. After the consumer receives the product, the delivery fee is paid. Typically, truck or bus drivers work as servi-cha drivers. Thanks to the system, merchants don’t have to visit sellers and consumers and conduct business at home by simply using their mobile phones.

It costs 15-thousand to 17-thousand North Korean won to deliver a single parcel. For packages that need special care, the delivery fee rises to 20-thousand won.

E-commerce has grown significantly in North Korea over the last several years, but it faces some limitations. Online shopping services are concentrated in large cities including Pyongyang, and they are rarely offered nationwide. Also, people have to deposit a considerable amount of money in the bank to order products online.

In the North, people can use the electronic payment system after saving a certain amount of money at a commercial bank. In local provinces, only a small number of people, such as powerful officials and traders, can afford to do so and have expensive food delivered. For most North Korean residents who live from day to day, online shopping is just pie in the sky.

Individuals can order things on the Okryu online mall. But it is almost impossible to deliver goods in small quantities, due to the nation’s inadequate logistics system. That’s why e-commerce is, in general, considered to be a wholesale business for enterprises.

It is possible to make online orders when the amount is large enough to allow factories, near major cities like Pyongyang and Pyongsong, to make profits.

Though despite the limitations, e-commerce in North Korea has developed fast in recent years. We’ll have to wait and see how online shopping may change the lives of North Korean people.