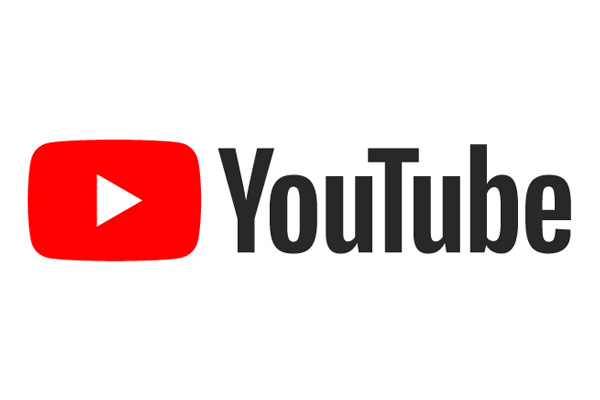 When North Korea delivers news, serious-looking newscasters usually read statements using a bombastic and assertive tone. But the typical reporting styles have changed remarkably these days. A variety of content has been uploaded on YouTube channels that are believed to be managed by North Korean authorities. Their format and subjects are pretty new and unconventional. In fact, North Korea began to use social networking sites about ten years ago to send messages to the outside world. Today, we’ll learn about North Korea’s YouTube videos from Professor Chung Eun-chan at the Institute for Unification Education.

Organizations or agencies in North Korea have opened Internet websites or social media accounts since the 2010s. But they haven’t been very popular because they mostly deal with grave issues aimed at propaganda.

But a YouTube channel called “Echo DPRK” is different. DPRK stands for the Democratic People’s Republic of Korea, which is North Korea’s official name. Launched in August 2017, the new outlet shows a female presenter named Un-A (은아). Another YouTube channel called “New DPRK,” which opened as recently as April this year, posts videos of a little girl named Ri Su-jin in Pyongyang.

These days, North Korean YouTubers try hard to keep pace with the latest international trends. Under Kim Jong-un’s rule, North Korea has used YouTube as a new tool for propaganda.

YouTube channels in North Korea are quite stylish. Presenters in YouTube videos neither speak in a serious way nor use complicated words like “the merciful Supreme Leader.” They show a stark contrast to state media newscasters known for the pretentious and strict style of speech.

For instance, “Echo DPRK” features a young North Korean woman named Un-A, who uploads two or three video clips under the title of “Un-A’s Pyongyang Tour Series.” Dressed in fashionable clothes, she introduces tourist attractions in Pyongyang, speaking in fluent English. It seems the use of the English word “Echo,” not a Korean equivalent, in “Echo DPRK” aims to appeal to younger people.

In a video uploaded on April 30, Un-A wearing a badge with a portrait of the late North Korean leader Kim Il-sung, explains the internal situation in North Korea in a recording booth. Wearing a headphone, she speaks in fluent English and also sings. The young woman is dressed in a flower-patterned blouse and modern-style trench coat, rather than the traditional hanbok, which is the official outfit of North Korean women on major occasions.

Apparently, the YouTube videos are focused on promoting the North Korean regime for foreign audiences. By showing a supermarket or a department store in Pyongyang on this channel, North Korea demonstrates that the country is doing well despite the COVID-19 crisis and international sanctions. Through an English-speaking individual, North Korea also shows to the outside world that its YouTubers keep up with global trends.

For about a month from April, another eye-catching YouTube channel called “New DPRK” unveiled three video clips featuring a seven-year-old girl named Ri Su-jin living in Pyongyang. The girl, sporting a pretty one-piece dress and wearing her hair in cute twin tails, talks about her happy life while playing the piano. One of her videos shows that her apartment building has an elevator installed and her living room displays goods of the upper class in Pyongyang, such as a piano, a fan, a couch and a large fish tank. The videos are produced mostly in Korean. But considering that Internet use is limited in North Korea, it is assumed that the videos are directed towards South Korean audiences.

It is difficult for general citizens in North Korea to live in such a posh apartment building shown in Ri Su-jin’s videos. Playing the piano and enjoying in-between meal snacks are only possible for children from rich, upper-class families. Audiences might wonder how the little girl, living in a closed society, learned to showcase her life on YouTube. Through these videos, North Korea shows to the outside world that its people enjoy affluent lives, despite sanctions, and that its children are well educated.

Watching the YouTube videos, you may think that ordinary North Korean residents post videos on the streaming service themselves. But it looks like the videos are skillfully constructed, like a screenplay. In fact, it is difficult for North Koreans to access YouTube. Clearly, the authorities use the global video-sharing platform as a means of propaganda for foreign audiences, not domestic ones. It is speculated that leader Kim Jong-un’s sister Kim Yo-jong is in charge of YouTube video production, following the leader’s instruction last year to develop fresh and up-to-date propaganda. Professor Chung shares her opinion about the Ri Su-jin videos.

In the video, the little girl says that she will “repay” the leader by becoming a great person. That means all benefits she enjoys are given by the leader. While disclosing the child’s daily life, North Korea promotes the leader’s personality cult and its regime as well.

Under strong international sanctions, North Korea finds it urgent to resolve economic difficulties and manage the regime stably. Those videos underline that the sanctions are ineffective and the regime is alive and well. The North is radically changing the way it promotes the regime to international audiences.

In other words, South Koreans may access material from North Korea but should be careful about disseminating such material.

The Korean peninsula is divided, and the two Koreas have a long history of regime competition. While South Korea believes that its northern neighbor has joined the overall Korea peace process, the National Security Law is still in place in South Korea. Article 7 of the law bans praising and encouraging the North Korean regime. These days, content streaming services like YouTube are everywhere. So, there should be no problem when South Koreans access North Korean YouTube videos. But the act of distributing them violates the National Security Law as well as other laws concerning broadcasting and information security. Therefore, the senseless circulation of North Korean material in the South should be banned.

In line with global trends, North Korea experiments with various methods to promote its regime. Starting with YouTube channels featuring Un-A or Su-jin, more diverse and sophisticated media platforms are expected to take the lead in North Korea’s propaganda activities.