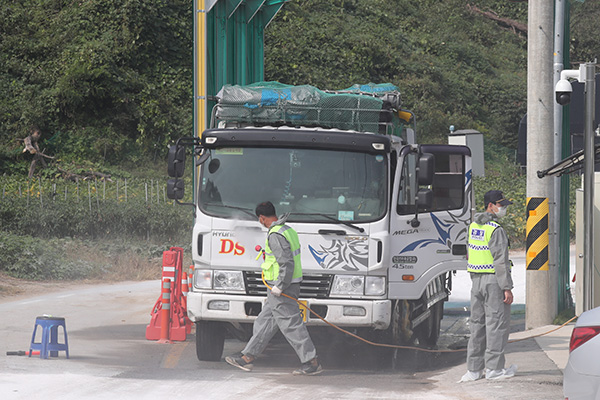 The Ministry of Agriculture, Food and Rural Affairs said that a suspected case reported on Tuesday at a farm in Paju resulted in a positive test for the deadly virus.

It marked the first confirmed case in five days and the third case in Paju, which borders North Korea.

Following the latest confirmation, the government issued a 48-hour standstill for pig farms, feed factories and slaughterhouses in Gyeonggi and Gangwon provinces and Incheon starting from 3:30 a.m. Wednesday.