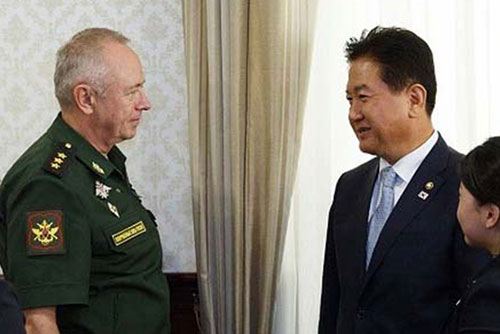 South Korea and Russia will install a direct communication line between their air forces.

The Defense Ministry said Thursday that Vice Defense Minister Suh Choo-suk and his Russian counterpart Alexander Fomin reached the agreement during a meeting in Russia on Tuesday.