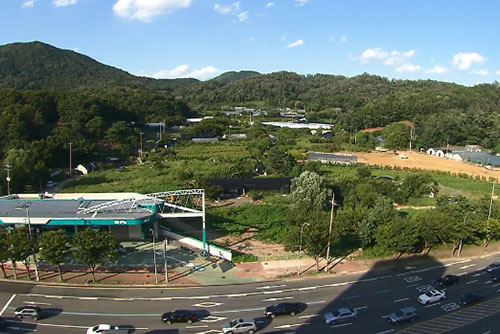 Activists from Southeast Asian countries are calling on South Korea to play a more active role the aftermath of a massive dam collapse in Laos in July.

The activists from Thailand and Cambodia held a press conference in Seoul on Thursday, saying the damage from the fatal dam incident is more serious than what was announced by the Laos government. They claimed the situation in Laos has actually gotten worse due to torrential rains and is even affecting nearby areas in Cambodia.

They said victims of the dam collapse are still living in makeshift shelters and that many aid supplies and funds are not reaching them.

They argued that the South Korean government and companies should play bigger roles in dealing with the incident as they have been involved in large-sized development projects in Laos, including hydroelectric power generation.

On Tuesday, the activists visited the headquarters of SK, the constructor of the dam, calling on the company to thoroughly investigate the incident and take responsible measures.

The South Korean government provided one million dollars worth of emergency relief to Laos over the incident and sent more than 60 medical experts and staff to the country.
Share
Print
List