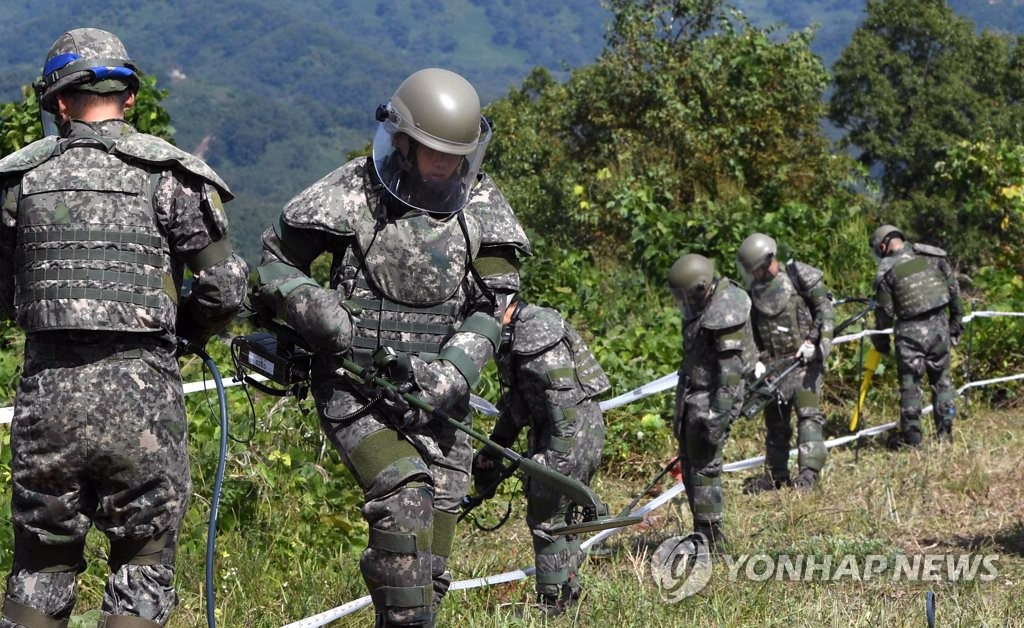 South and North Korea have effectively wrapped up their work to remove landmines buried along the Military Demarcation Line(MDL) in the Demilitarized Zone(DMZ) to fulfill their joint military agreement signed during the September inter-Korean summit.

A government source in Seoul said Friday that South Korea effectively wrapped up the 20-day mine removal works and North Korea will finish up by Saturday in line with the their bilateral agreement to disarm the DMZ. Both sides are supposed to complete the work by Saturday.

North Korea reportedly found and removed five landmines on its side of the MDL, while South Korea found no landmines.

With the completion of mine removal, the two Koreas are now expected to pull out guard posts, troops and arms in the Joint Security Area from next week.

The joint military agreement requires the two Koreas to pull out their guard posts, troops and arms within five days after the completion of mine removal.
Share
Print
List