Trump Pressures Seoul to Pay More for US Troops 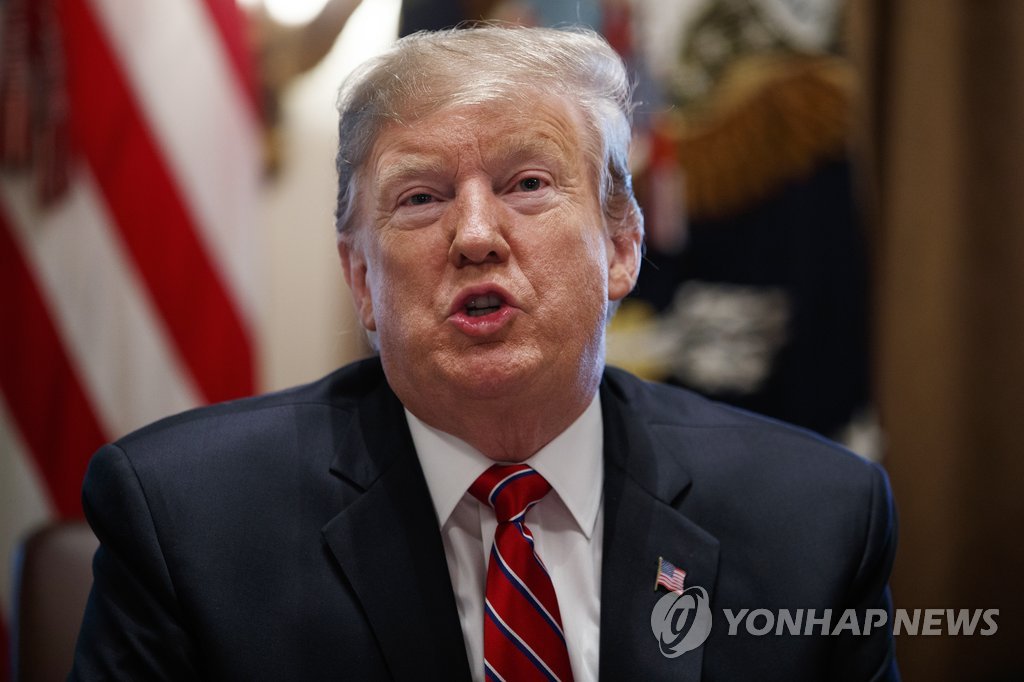 Anchor: U.S. President Donald Trump called for South Korea to increase its share of the cost for stationing American troops on the Korean Peninsula. Trump's remarks came only two days after the allies signed an agreement that will raise South Korea's contribution this year for maintaining the 28-thousand-500 U.S. troops by eight-point-two percent to about one-point-04 trillion won.
Kim Bum-soo has more.

[Sound bite: US President Donald Trump]
"South Korea, we defend them, and lose a tremendous amount of money... "

U.S. President Donald Trump is again pressuring South Korea to increase its share of the cost for keeping American troops on the peninsula.

During a Cabinet meeting on Tuesday, Trump referred to the new defense deal which increased Seoul's share of the financial burden by eight-point-two percent.

Trump's citing of a 500 million dollar increase does not match the terms of the actual deal, under which Seoul agreed to pay around 71 million dollars more than last year. Seoul this year will pay a total of about 920 million dollars.

Trump indicated the deal with South Korea is a precedent that will be applied to other countries.

This came just days after Seoul and Washington signed the one-year deal, a departure from the usual multi-year contracts signed by the two sides. Their negotiators will have to meet again later this year to discuss the thorny issue.
Kim Bum-soo, KBS World Radio News.
Share
Print
List