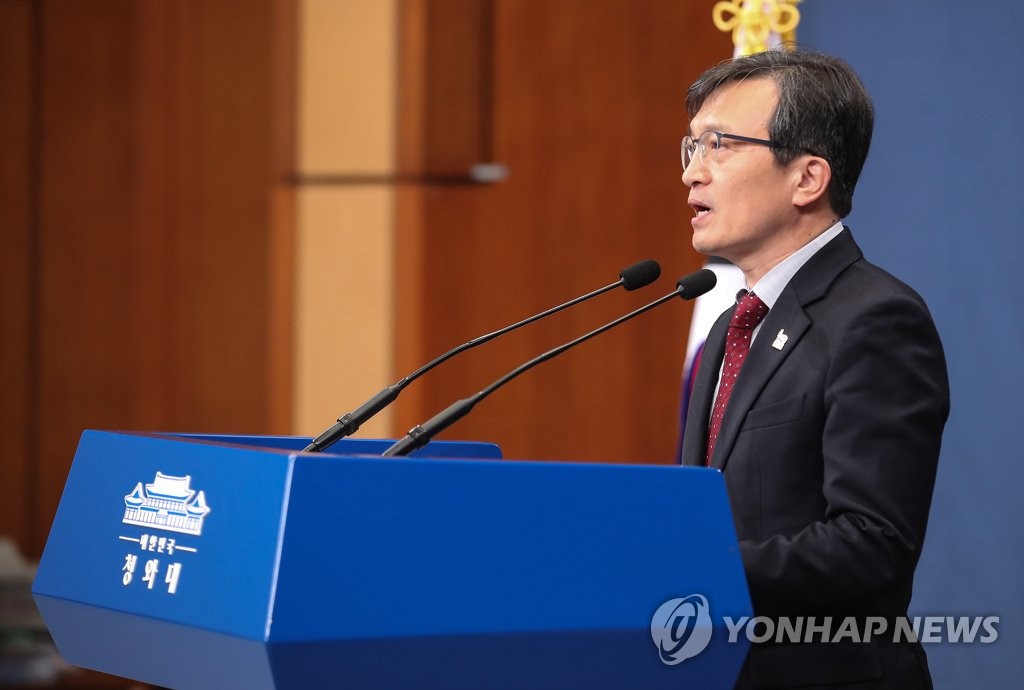 The presidential office said that President Moon Jae-in hasn’t nominated U.S. President Donald Trump for the Nobel Peace Prize, but that Moon believes Trump deserves recognition from the Nobel Committee for his leadership in establishing peace on the Korean Peninsula.

Presidential spokesperson Kim Eui-kyeom said on Monday that Moon believes Trump has greatly contributed to establishing peace on the peninsula by engaging with his North Korean counterpart Kim Jong-un and has repeatedly referred to Trump’s leadership and decisiveness behind the conciliatory mood in the region.

Asked if Moon plans to nominate Trump for the Nobel Peace Prize, the spokesperson said he may not be able to as the deadline for nominations has already expired.

The spokesperson added that Moon and Trump will soon talk over the phone before Trump's second summit with Kim Jong-un in Hanoi next week.