Giant Paper Lantern Lit in Seoul Ahead of Buddha's Birthday 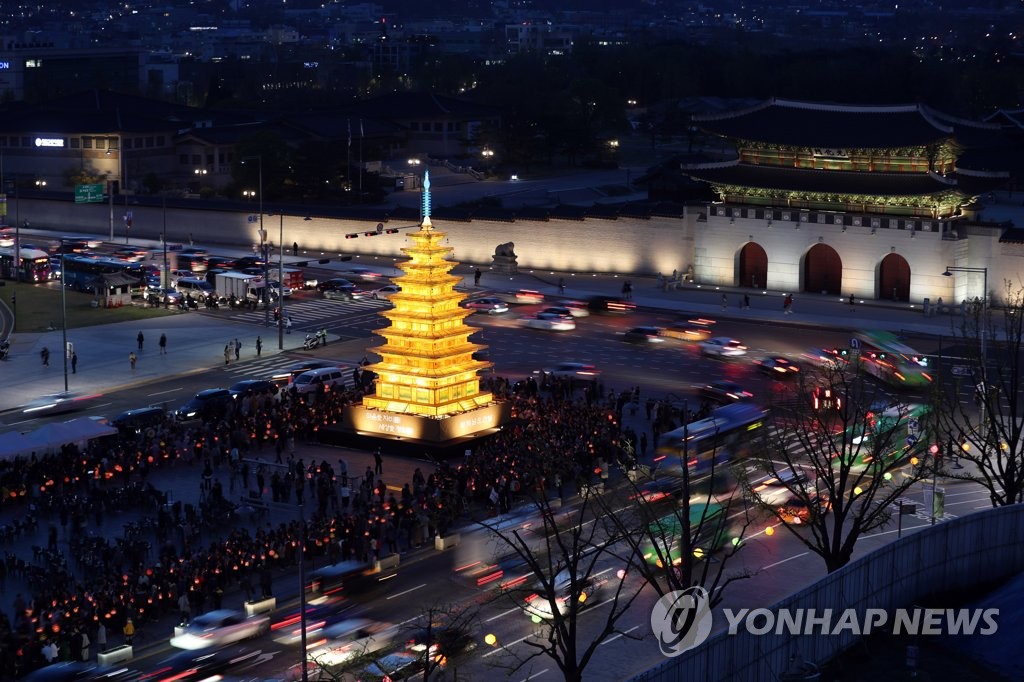 During the event on Wednesday, arranged by the lotus lantern preservation committee of the Jogye Order of Korean Buddhism, a giant paper-covered lantern shaped like the stone pagoda at Mireuk Temple in Iksan, North Jeolla Province was lit at Gwanghwamun Square at 7 p.m.

The lantern stands 20 meters high at about 70 percent of the height of the actual stone pagoda, which is the oldest and largest of its kind in the country.