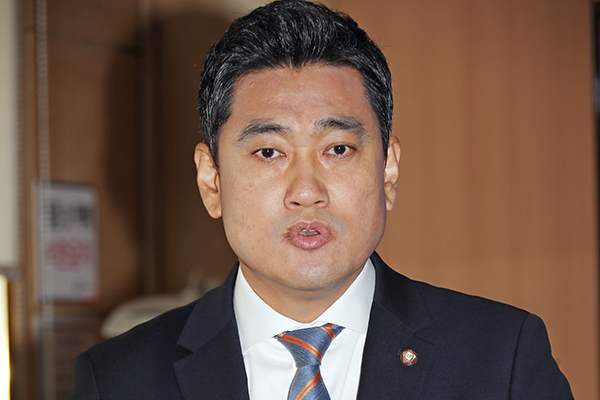 Rep. Oh Shin-hwan of the minor opposition Bareunmirae Party said he would vote against a plan to fast track a reform bill that would establish an independent body to investigate crimes committed by high-ranking officials, dimming its parliamentary passage prospects.

Oh, a member of the parliamentary special committee on judicial reform, posted on social media on Wednesday that he would vote against a motion to fast track the bill. He added the decision was made to prevent division in his party and to maintain his beliefs and principles.

The lawmaker revealed the stance a day after his party approved an agreement with the ruling Democratic Party and two other parties to fast track a set of election and reform bills.

The fast-track designation requires the consent of at least eleven out of 18 members of two special parliamentary committees, each focused on electoral reform and the creation of an investigative body.

If Oh votes against the fast-track motion, the designation is unlikely to pass the judicial reform committee as the main opposition Liberty Korea Party strongly opposes the move.

The motion to fast track a bill that seeks to reduce the number of local constituency seats, while increasing the number of proportional representation seats, is likely to be approved by the electoral reform committee as it reportedly has the backing of 12 lawmakers.

The two committees will hold sessions on Thursday to seek the passage of the fast-track motions.
Share
Print
List