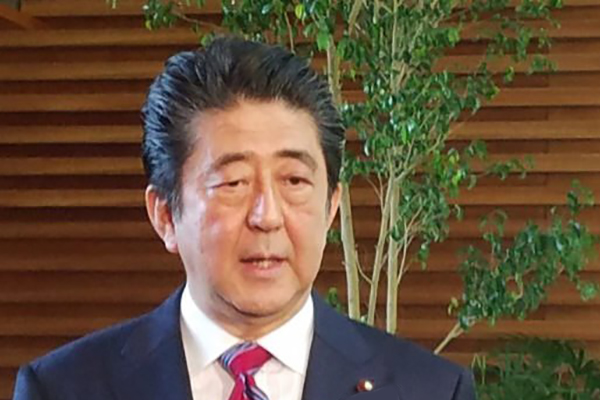 According to Japan’s Kyodo News, Abe made the request while receiving Seoul's new ambassador to Japan Nam Kwan-pyo on Tuesday at his official residence in Tokyo.

Earlier in the day, Nam sat down with Japan’s Chief Cabinet Secretary Yoshihide Suga, who expressed Tokyo’s demand that the forced labor issues be resolved as soon as possible, emphasizing Seoul should accept the request to launch an arbitration committee.

Suga also expressed his expectation regarding Nam’s roles in improving bilateral relations while affirming the importance of solidarity with regard to North Korean matters.

Meanwhile, Suga said in a briefing on Tuesday that nothing has been decided on whether a bilateral summit between Abe and President Moon Jae-in will be held on the sidelines of G20 Summit in Osaka next month.
Share
Print
List