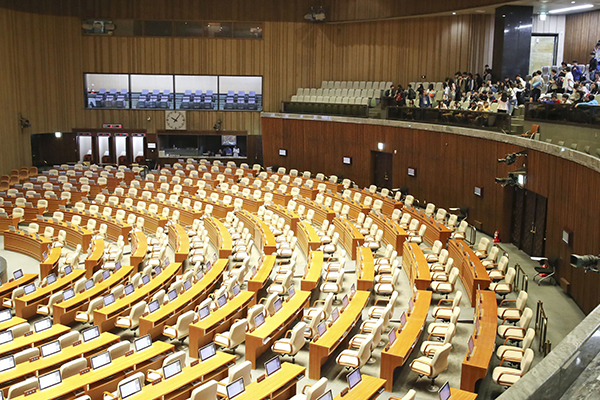 The vice floor leaders of the ruling Democratic Party(DP) and two opposition parties discussed ways to normalize parliament but failed to reach any agreement.

The first vice floor leaders of the DP, the main opposition Liberty Korea Party(LKP) and the minor opposition Bareunmirae Party held a meeting on Tuesday at the National Assembly amid the parliamentary impasse over key reform bills fast-tracked earlier this month.

The meeting, however, ended without an agreement although the three parties' floor leaders held a meeting at a bar on Monday and agreed on the need to normalize parliament soon.