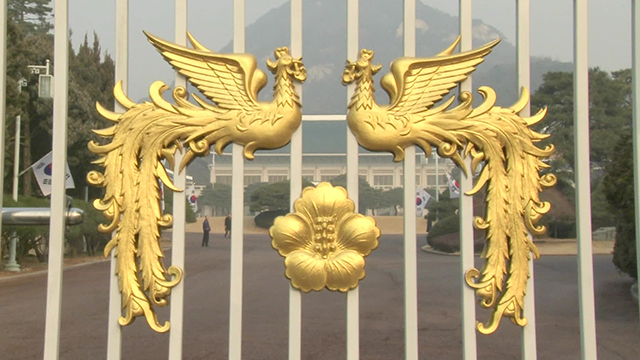 Anchor: The presidential office has contacted the plaintiffs of a lawsuit seeking compensation from Japan for forced wartime labor. This is leading to speculation that Seoul is seeking a solution for the strained relations with Tokyo.
Celina Yoon has more.

Report: The office of the presidential secretary for civil society contacted a legal representative of the victims of Japan's forced wartime labor last week.

In separate rulings, Korean courts ordered Nachi-Fujikoshi and Nippon Steel & Sumitomo Metal Corporation, now called Nippon Steel Corporation, to compensate Korean victims for their forced labor. The victims filed a motion earlier this month seeking the selloff of the firms' seized assets in Korea as they did not comply to the court's ruling.

An official at the presidential office confirmed the meeting took place and added it was aimed at listening to the plaintiffs' positions and future plans regarding the motion.

The meeting has led to speculation that Seoul is seeking a breakthrough in its strained relationship with Tokyo in order to realize a bilateral summit with Japan on the sidelines of the G20 summit in Osaka next month.

Relations with Tokyo have soured as Japan has challenged the South Korean Supreme Court's rulings that recognized the victims' rights to claim damages. Japan claims that all reparation issues were settled when the two countries normalized relations in 1965 through a government-to-government accord.

Seoul is also reportedly considering establishing a foundation for the victims who have yet to file lawsuits.

According to Japan's Yomiuri Shimbun on Thursday, the South Korean government is considering creating the foundation as it would prevent further lawsuits against Japanese firms by South Korean victims.

The foundation's establishment would be on the condition that the Japanese companies that have already been ordered to pay by South Korean courts compensate the victims.

The newspaper said Seoul has been avoiding intervening in legal disputes between private citizens and Japanese firms as it goes against the principle of separating legal, administrative and judicial powers.
Celina Yoon, KBS World Radio News.
Share
Print
List