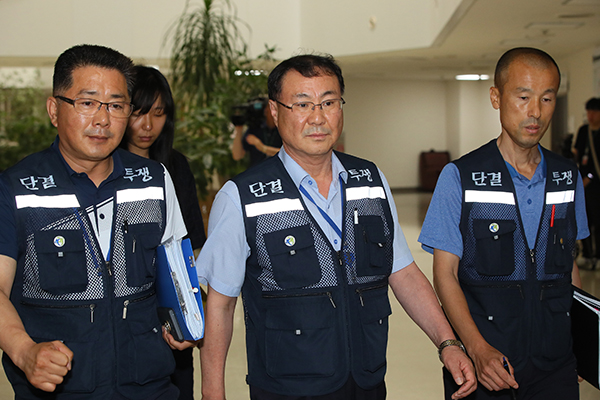 The Korean Postal Workers' Union and Korea Post, the country's national postal service, have failed to narrow differences over the union’s demands for better working conditions.

The two sides held negotiations for more than two hours early Friday, but unionized postal workers later announced the talks had broken down.

The union applied for the National Labor Relations Commission's mediation for its negotiation with Korea Post last month and has since engaged in talks.

With the collapsed negotiations, the union will convene a general meeting on Friday afternoon to decide whether or not to stage a general strike next week. If launched, it would be the first Korean postal workers' strike in history.

During the mediation talks, the union demanded the establishment of a conventional five-day workweek, an end to Saturday work shifts and the immediate addition of two-thousand more postal workers.

The Korea Post, however, said it would be difficult to immediately hire more workers and get rid of Saturday shifts due to its financial status amid a drop in mail volume and rise in labor costs.
Share
Print
List