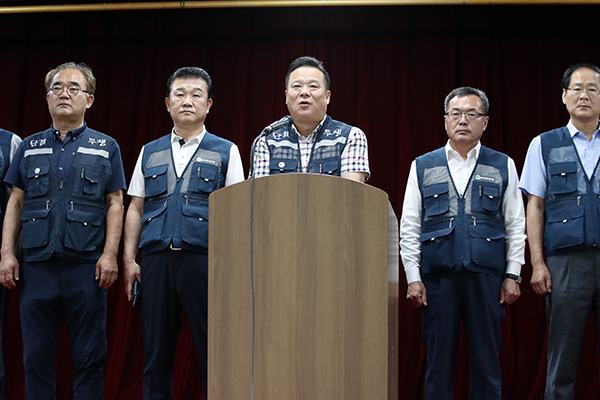 Unionized postal workers in South Korea have called off a general strike.

The Korean Postal Workers' Union held a press conference in Seoul on Monday afternoon to announce the decision made during its executive meeting earlier in the day.

The union accepted the Ministry of Science and ICT’s mediator’s proposals, which include the additional hires of around 900 postal workers and implementation of the five day workweek system starting with rural areas from next year. The ministry also proposed Korea Post, the national postal service, be allowed to invest its profits back into its own businesses instead of giving them to the government.

The union had demanded the immediate implementation of the five-day workweek system nationwide and the recruitment of two-thousand additional workers, and had planned to go on strike on Tuesday with more than 90 percent of some 28-thousand union members voting for the collective action.

The postal workers' union chief Lee Dong-ho said accepting the government’s mediation was a difficult decision but judged it is still necessary to realize what he called a “universal postal service,” calling for swift implementation of the proposals as soon as possible.
Share
Print
List