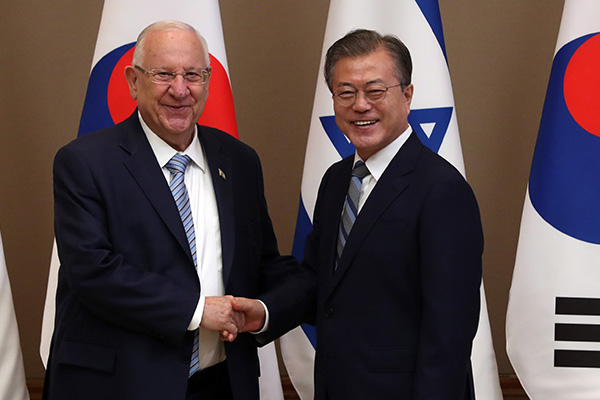 In a meeting with Hyundai Motor Executive Vice Chairman Chung Eui-sun, Rivlin expressed hopes for enhanced cooperation between the South Korean automaker and startups in Israel.

Chung positively responded saying his group plans to expand investment in Israeli startups and consider applying outcomes of joint development with them to its future cars.

Hyundai Motor and its affiliate Kia Motors are currently No. 1 and No. 2 in Israel’s auto market, with a share of 14-point-two percent and 13-point-four percent, respectively, as of the end of last year.
Share
Print
List