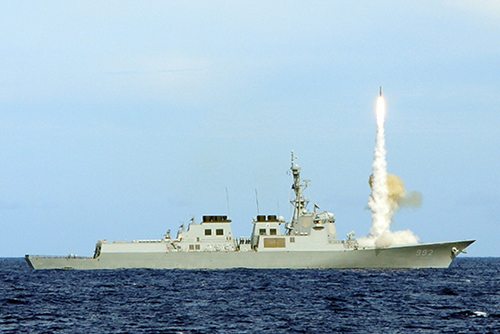 The Defense Ministry announced on Wednesday that such goals are part of its 2020-2024 national defense mid-term plan.

Starting from next year, the military will begin devising conceptual designs for multipurpose cargo ships that can load F-35B stealth fighter aircraft. It will also begin developing electromagnetic pulse bombs to disable North Korea’s electrical grid in the event of contingency. Additionally, it will introduce SM-3 ship-to-air missiles that will be loaded on Aegis destroyers.

A total of 290-point-five trillion won will go toward executing the five-year plan. That’s roughly 58 trillion won annually. As a result, between 2020 and 2024, the nation’s defense budget is likely to exceed 50 trillion won, or higher than the 46-point-six trillion won earmarked for this year.
Share
Print
List