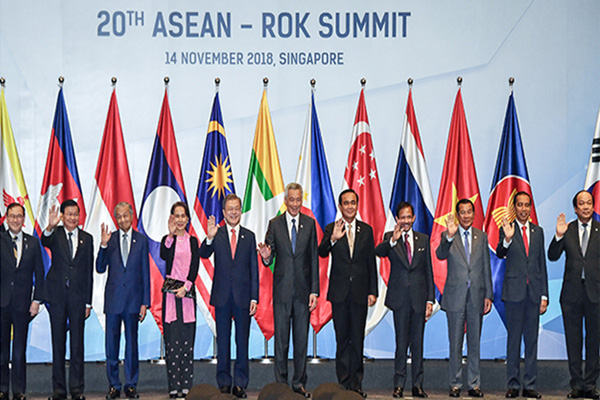 Japanese trade restrictions against South Korea are expected to be discussed at a special summit in November between South Korea and the Association of Southeast Asian Nations(ASEAN) in Busan.

Joo Hyung-chul, a senior economic aide to President Moon Jae-in, said on Sunday that the summit will focus on bolstering free trade and co-prosperity.

During a press briefing on preparations 100 days prior to the start of the event, Joo said that it is “difficult to say” how the trade row will unfold between the present and the start of the summit, but that there will be discussions on the matter as it is important to maintaining the open free trade system.

Regarding whether North Korean leader Kim Jong-un will be invited to the summit as an observer, Joo said that it depends on progress in relations between North Korea and the United States.