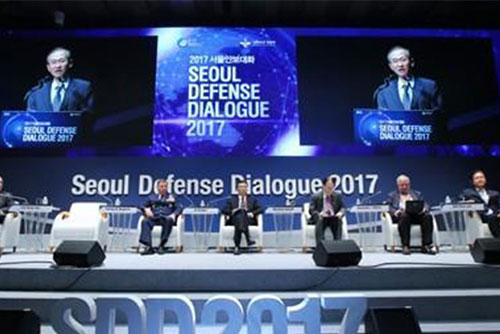 The South Korean government is considering inviting North Korea to a multilateral security conference in Seoul early next month.

A government official said on Friday that they are considering inviting Pyongyang to the Seoul Defense Dialogue to be held September 4-6.

Vice defense ministers of 56 countries and security experts from five international organizations are scheduled to attend the eighth iteration of the annual event.

Some speculate North Korea’s attendance could mark a turning point in inter-Korean relations. Seoul invited Pyongyang to the event in 2015, but the offer was declined.

This year's dialogue will include discussions on an array of topics, including inter-Korean and international cooperation and other pending issues in East Asia.

There will also be a session on permanent peace on the Korean Peninsula and arms control, at the request of the United Nations.
Share
Print
List