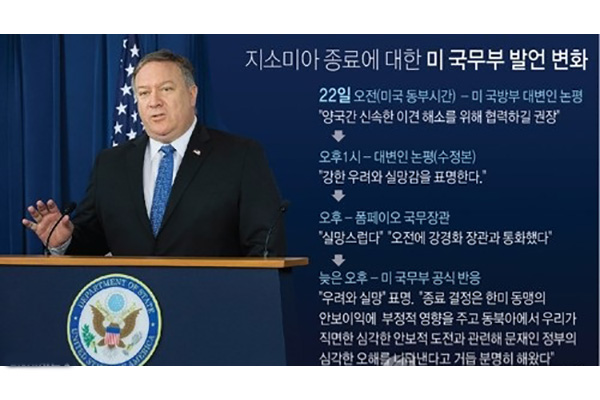 CNN has declared North Korea and China as “huge winners” in South Korea’s decision to terminate a military information-sharing deal with Japan.

The U.S. cable news channel said on Friday that the ending of the General Security of Military Information Agreement(GSOMIA) is another example of how U.S. President Donald Trump’s disinterest in long-standing allies provides Washington's foes with an opportunity to degrade the alliances.

It added that widening cracks in Seoul-Tokyo relations will weaken security cooperation on North Korea and could potentially hand China a victory, noting Beijing and Pyongyang have long tried to damage the U.S.-led military alliance in Northeast Asia and reduce the country's presence in the region.

CNN assessed that the relations between South Korea and Japan are the “weakest link” in the trilateral alliance involving the U.S., finding the root of their deep mutual mistrust in Japan’s colonization of the Korean Peninsula in the previous century.

Abraham Denmark, a former US deputy assistant secretary for defense for East Asia, told CNN that problems between Washington's allies is both a “challenge for American strategy but also a symbol of diminishing American power in Asia.”
Share
Print
List