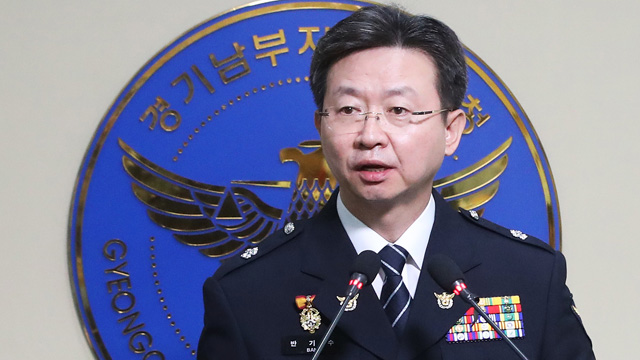 A man in his 50s has been linked to three of ten unsolved murders that occurred in the late 1980s and early 1990s that are believed to have been carried out by the same perpetrator.

The Gyeonggi Nambu Provincial Police Agency said in a press briefing Thursday that DNA of the suspect, in jail for a separate rape and murder conviction, matched DNA collected in three of the ten unsolved murder cases.

Ten women were raped and brutally killed in Hwaseong, Gyeonggi Province, between 1986 and 1991, the worst serial murder case in South Korean history. Authorities say the man’s DNA has been linked to the fifth, seventh and ninth cases.

Police said they will continue DNA analysis with the state forensic agency and seek to confirm the suspect's involvement in the other murders.

The suspect is currently serving a life sentence for raping and killing a younger sister of his wife. He will not, however, face further legal punishment for the Hwaseong cases as the statute of limitations expired in April 2006.

The serial killings, unsolved for some 30 years, inspired the movie "Memories of Murder" in 2003, directed by Bong Joon-ho.
Share
Print
List