Moon Departs for US for UN Session, Summit with Trump 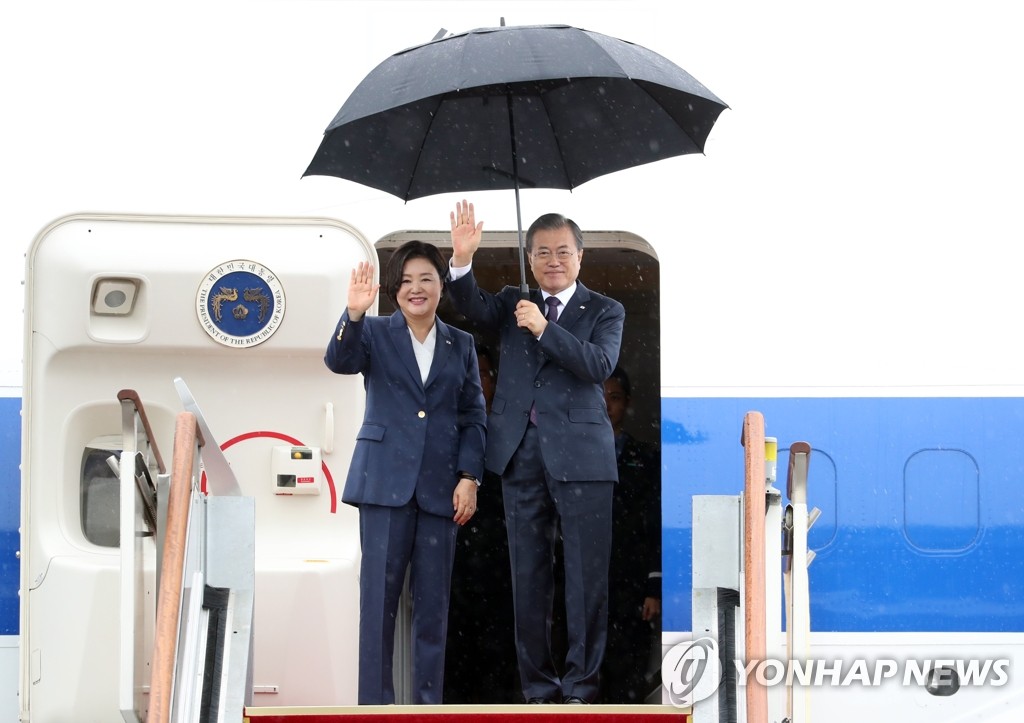 President Moon Jae-in has left for New York on Sunday to attend the General Assembly of the United Nations and hold summit talks with U.S. President Donald Trump.

The president will sit down for talks with Trump on Monday ahead of possible working-level negotiations between the United States and North Korea.

Under the circumstances, in his ninth summit with Trump, Moon is expected to seek to induce flexibility from the United States in its possible working-level talks with the North.

Seoul's top office told KBS that Moon is set to deliver a keynote speech at the UN General Assembly session on Tuesday, in which he will make a proposal regarding the issue of providing security guarantees for North Korea.

During his five-day trip to the United States, Moon will hold summit talks with the leaders of Poland, Denmark and Australia. He is also scheduled to meet with UN Secretary-General Antonia Guterres and take part in the UN Climate Action Summit.
Share
Print
List